Disney Wiki
Register
Don't have an account?
Sign In
Advertisement
in: Article of the week, Kim Possible, Disney Channel shows,
and 5 more
English

Call Me, Beep Me!

Kim Possible is an American animated television series about a teenage crime-fighting girl of the same name who has the task of dealing with worldwide, family, and school issues daily. Although the show is action-oriented, but it also has a light-hearted atmosphere, comedy, and often lampoons the conventions and clichés of the secret-agent and action genres, it is marked as the second animated Disney Channel Original Series, after The Proud Family, and was the first series to be produced by Walt Disney Television Animation, in association with the Disney Channel.

Kim Possible is Disney Channel's highest-rated show of all-time. It also holds the record for being the third-longest running Disney Channel original series (behind Bunk'd), airing for a total of five years and three months (or sixty-three months) between its first episode and the series finale.

The series revolves around Kim's fights against her enemies as well as her everyday life problems as a normal teenager, which are usually presented as a subplot. Kim lives in what is supposed to be an "Any Town, U.S.A." named Middleton, although it is built around a thriving NASA-like Space Center with several supporting Science Laboratories.

Creators Mark McCorkle and Bob Schooley claim they created the show in an elevator. As they tell it, McCorkle looked at Schooley and said, "Kim Possible: she can do anything". Schooley at once replied, "Her partner is Ron Stoppable: he can't do anything". The creators also maintain that it was always their intention for Kim and Ron to eventually become involved romantically, rather than just remaining best friends. This becomes a reality in the movie Kim Possible Movie: So the Drama, which was originally slated to be the series' ending. The romantic theme, however, also continues throughout season four, the last season of the show.

The series premiered on Disney Channel on June 7, 2002, and the first episode to air, "Crush", was nominated for a Primetime Emmy award the following year. After the premiere of this episode, Kim Possible was the most-watched and highest-rated television show on Disney Channel at that time. The series as a whole was nominated for the Daytime Emmy in 2004 and again in 2005 (that year, it received five nominations and won one for Outstanding Sound Mixing — Live Action and Animation). The show has been widely praised for its dialogue, animation, and characters. This is the second longest-running Disney Channel show ever.

On February 22, 2005, after three seasons and 65 episodes, the show ended production. Due to the popularity of the series and grassroots operations by dedicated Kim Possible fans, Disney announced on November 29, 2005, that the show would be renewed for a fourth season, which debuted on Disney Channel on February 10, 2007.

The series finale aired on September 7, 2007, with the airing of the one hour-long concluding episode "Graduation".

Steve Loter documented the production of the final episode of season four, and thus the completion of the Kim Possible franchise. In a blog titled "So the Finale" hosted on Blogger, it included behind-the-scenes and production information from the perspective of the cast and crew as well as production sketches from one of several alternative endings that had been scripted. "So the Finale" maintained an open comment system allowing fans to express their views on the franchise and its closure.

The show's title music, "Call Me, Beep Me!" is sung by Christina Milian. Artist Stephen Silver was the lead character designer.

Kim Possible also aired on Toon Disney in the United States and Family in Canada. Episodes have been aired on ABC as part of its ABC Kids lineup.

In the UK, the show has often aired on GMTV's children's weekend slot Toonattik, on ITV1. The show is being broadcast daily at 9:30pm showing two back to back episodes on Sky Movies Disney. In Australia, Kim Possible can be seen on Disney Channel Australia, 3 times a day along with the Seven Network which are currently repeating the final season every Saturday at 7:05am. In India, Kim Possible can be seen on "Toon Disney", "Disney Channel", and "Disney Cinemagic". It is still being aired on Disney Channel Latin America in the Pacific feed from Monday to Friday in the animated block. It is also being aired on Disney Channel South Africa and Disney XD Netherlands.

The Bulgarian version of Kim Possible (Ким Суперплюс) premiered in 2005 on BNT Channel 1, with a dub produced by Disney Character Voices International; the Disney weekend block however was closed without notice on January 1, 2006. After more than two years absence, Jetix CEE brought the series' first season back in August 2008, with the old Bulgarian dub appearing from October of that year. After Jetix was changed to Disney Channel, it repeated season 2 (which aired on Channel 1 as well). It has been reported that the previously undubbed season 3 is now ready for broadcasting. It is expected that it will be dubbed by the same sound studio as before (Alexandra Audio).

On May 2016, the show started airing on Freeform (previously known as ABC Family) on Fridays from 12am to 2am as part of That's so Throwback until September 30.

The show centers around teenage crime-fighter Kim Possible and her faithful sidekick (and later boyfriend since Kim Possible Movie: So the Drama and throughout Season 4), Ron Stoppable. Ron owns a pet naked mole rat named Rufus, who proves an excellent aide to Ron and Kim in their many battles versus Dr. Drakken and various other foes. Ron is also the main source of comic relief for the show. During the show, Kim and Ron progress through high school, starting in 10th grade in the pilot episode, "Crush", and ending with a graduation party in the final episode, "Graduation".

Together, the duo face off against various antagonists, most commonly Doctor Drakken, assisted by his henchwoman Shego, whose unsuccessful world domination schemes appear in almost every episode of the show. The other common villains are Monkey Fist, Duff Killigan, Señor Senior, Sr. and Jr., and Professor Dementor. Monkey Fist starts out as an Indiana Jones-like persona at first, but soon it turns into a megalomaniacal practitioner of monkey kung-fu also known as Tai-Sheng-Pek-Quar as shown in the episode "Monkey Fist Strikes" (written by Gary Sperling), which is a fictional fighting discipline supernaturalized and portrayed as mystical in the series. Duff Killigan is an overweight Scottish golf player who wears a kilt and attacks his opponents with exploding golf balls. The Senior Senior father and son duo are at first just extremely rich people owning a large resort island. However, they are inadvertently pushed into the evil business by Ron Stoppable. Senior, the father, is more business-oriented, as his son tends to exploit the evil ways for not-so-evil deeds, such as opening a personal discotheque. Little is revealed about Professor Dementor, an antagonist obsessed with world domination schemes like Doctor Drakken, his sworn enemy, although Dementor usually turns out to be more successful.

Based on the Disney animated TV series, the Kim Possible World Showcase Adventure was an interactive attraction that took place in several of Epcot's World Showcase pavilions in Walt Disney World. The attraction is an electronic scavenger hunt that has guests using special "Kimmunicators" (in actuality, modified cell phones), to help Kim Possible and Ron Stoppable solve a "crime" or disrupt an evil-doer's "plans for global domination." The "Kimmunicator" is able to trigger specific events within the pavilion grounds that provide clues to completing the adventure. Launched in January 2009 and presented by Verizon Wireless, the Adventure is included in park admission.

The attraction was closed on May 18, 2012 to make way for a similar attraction themed around the character of "Agent P" from the Disney Channel animated television show Phineas and Ferb. The new attraction, now called "Disney's Phineas and Ferb's Agent P's World Showcase Adventure" opened in late June of 2012.

In June 2022, in celebration of Kim Possible's 20th anniversary, Christy Carlson Romano and Will Friedle released a very special reunion episode of their podcast, I Hear Voices. The episode began with an interview with Mark McCorckle and Bob Schooley, followed by interviews with voice actors Nicole Sullivan (Shego) and John DiMaggio (Drakken). At the end of the episode, a brand new Kim scene written by McCorckle and Schooley and directed by original voice director Lisa Schaffer and with all four voice actors reprising their roles was presented. In the scene, Kim and Ron are tricked by Drakken and Shego into being interviewed for their podcast. 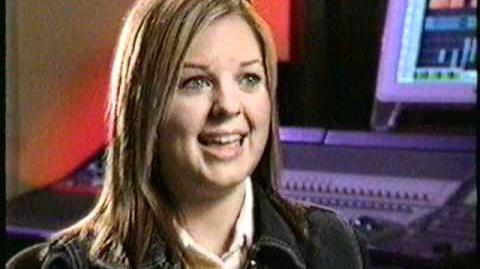 Kim Possible Behind the Scenes 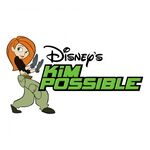 Initials from the title 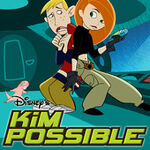