“You never know who you'll run into next.”
―The game's tagline

Kingdom Hearts (キングダム ハーツ, Kingudamu Hātsu) is the first game in the Kingdom Hearts video game series. It was developed and published by Square in 2002. It revolves around a fourteen-year-old boy named Sora, the game details his adventures after his homeworld is destroyed by sinister creatures known as the Heartless, and his attempts to restore his world and reunite with his friends. In the process, he meets many characters from classic Disney films and a handful from the Final Fantasy video game series. The main theme song for the game is "Simple and Clean", performed by Hikaru Utada.

﻿Kingdom Hearts begins with Sora's Dive to the Heart, but soon progresses to Destiny Islands, where Sora lives with his two best friends, Riku and Kairi. The three friends seek to leave the islands to explore new worlds. They have even prepared a raft for this purpose, along with supplies for the trip. During this time, Sora meets a mysterious hooded figure who vanishes after giving Sora some cryptic words and a warning. One night, the islands are attacked by shadow creatures called Heartless. Sora seeks out his friends, finding Riku first; Riku disappears into darkness, curious about what it contains. Soon after, Sora obtains a mysterious weapon called the Keyblade to defend himself with from the Heartless. Using it to fend off the creatures, he heads for a secret cave, where he finds Kairi near a door. She turns to him, saying his name as the door behind her blows open. The ensuing blast of darkness sends Sora and Kairi both out of the cave. The islands are soon destroyed, and Sora is left adrift, with both Riku and Kairi's whereabouts unknown.

Meanwhile, King Mickey has left his world to deal with the increasing power of darkness and left instructions for court mage Donald Duck and Captain of the Royal Guard Goofy to find the "key". Donald and Goofy use a Gummi Ship to travel to Traverse Town, where it happens Sora has also drifted to after the destruction of Destiny Islands. Sora encounters the creatures yet again in the town, and eventually meets Leon, a mysterious swordsman who explains they are Heartless: creatures that consume hearts, and that the Keyblade is the only weapon capable of defeating them. The king of Leon's home world, a man named Ansem, is said to have studied the Heartless. Donald and Goofy are approached by Leon's ally, Aerith, who also tells them what they may be looking for. Soon after, Sora meets Donald and Goofy rather hastily, and the three work together to take down a large armored Heartless, the Guard Armor, leader of the Heartless in Traverse Town. From there, they decide to travel together: Donald and Goofy to find Mickey, and Sora to find Kairi and Riku.

The three travel to different worlds based on Disney films, finding that the Keyblade also locks "Keyholes": passages that the Heartless would use to try and take the heart of the world, destroying it and casting it into the Realm of Darkness. A group of villains, led by Maleficent, seek out the seven Princesses of Heart to unlock the Keyhole that leads to Kingdom Hearts: a repository of knowledge and power and the source of all hearts. This group now includes Riku, who is swayed by Maleficent's promises that she will help find Kairi. At the same time, Maleficent sows distrust in Riku, telling him that Sora has abandoned him and Kairi for new friends and the Keyblade. Riku manages to find Kairi's body, but her heart is missing.

Sora and his friends eventually arrive at Hollow Bastion, the home world of Ansem and the headquarters of Maleficent. Riku takes the Keyblade from Sora, claiming that he was fated to have it all along and Sora was simply the "delivery boy". Donald and Goofy, taking their order to follow the "key" seriously, reluctantly leave with Riku. Sora calls on his courage and enters the Bastion anyway, then challenges Riku again, stating that his heart derives strength from his friends. His friends return to him, as does the Keyblade, leaving Riku into being bested in combat against his former friend. Shamed with losing the Keyblade and being defeated by Sora, Riku flees and meets a cloaked man who goads him to give into the darkness.

Sora, Donald, and Goofy, meanwhile, engage and destroy Maleficent. They soon after meet a strangely-behaving Riku with a new Keyblade that unlocks hearts. He leads them to Kairi's living but unfeeling body; Riku then reveals himself as completely possessed by Ansem. The newly reformed Ansem explains that Kairi is the last Princess of Heart, and that her missing heart has been trapped within Sora's body since the destruction of Destiny Islands. Spurred to action, Sora defeats Ansem; however, he cannot seal Hollow Bastion's keyhole because Kairi's heart is still in his body; thus, the keyhole remains incomplete. Sora uses Ansem's Keyblade to unlock his heart, releasing both his and Kairi's heart, but turning him into a Heartless, though it destroys Ansem's Keyblade and returns the hearts of the other Princesses to their bodies. Kairi's heart returns to her body, in turn, completing the final Keyhole; she then returns Sora to human form by the strength of her heart. The group resolves to follow and end Ansem's plan.

Ansem retreats to the End of the World, the combined fragments of worlds taken by the Heartless. Upon being found and finally beaten, despite the various means he tries to fight Sora with, including the World of Chaos, he explains his belief that darkness is the heart's true essence, and he seeks Kingdom Hearts, the source of all hearts, and therefore the ultimate source of darkness. However, upon opening the door to Kingdom Hearts, it reveals Light, killing Ansem. Beyond the door are Mickey and Riku, who is back in control of his own body. They help Sora and the others close the door, as there are many Heartless beyond it, but Riku and Mickey must remain inside to help seal it. Mickey and Sora then use their Keyblades to lock the door. The destroyed worlds reconstruct themselves; Kairi is pulled back to the Destiny Islands, but Sora promises her before separating they will all reunite some day. Sora, Donald, and Goofy resolve to find Riku and Mickey, though they are unsure of where to start. Luckily, Pluto appears, clutching a letter from Mickey in his mouth; he runs off with Sora, Donald, and Goofy in tow, ready for a new set of adventures. The silent narrator from the beginning of the game states in the final scene that Sora's destiny is to open the door to light.

Another Side, Another Story...

A secret ending of the game displays a battle between a mysterious, dual Keyblade-wielding cloaked man battling Riku at the Memory's Skyscraper. The cut-scene is similar to the end of Kingdom Hearts 358/2 Days.

Kingdom Hearts received positive reviews and sales figures. During the first two months of its North American release it was one of the top three highest-selling video games and was among the top selling titles during the 2002 Christmas and holiday season. In November 2002, UBS Warburg listed it as the 6th highest console game in terms of sales during the week of November 5. At the end of April 2003, Square announced that Kingdom Hearts had sold its millionth copy in the United States, which made it eligible for PlayStation's "Greatest Hits" status, and over 3.0 million worldwide. Sales reached 1.2 million in Japan in the first quarter of 2004, and broke 4.0  million worldwide. In December 2005, the NPD Group listed it as "one of the top ten best-selling PlayStation 2 titles of all time in North America". As of December 2006, Kingdom Hearts had shipped over 5.6 million copies worldwide with 1.1 million in PAL regions, 1.5 million in Japan, and 3.0 million in North America.

The game received high ratings among reviewers. In IGN's Best of 2002 awards, it was nominated for "PS2's Best Game of 2002 Editor's Choice Award" and was a runner up for "PS2's Best Game of 2002 Reader's Choice Award". In 2007, the website listed Kingdom Hearts as the 22nd best PlayStation 2 game of all time. Critics commended the visuals, orchestral score, voice acting, and hybrid action-adventure and role-playing feel to the game. IGN named it "Best Art Style/Direction", runner-up for "Best CG Graphics", and honorable mention for "Best Animation" in IGN's 2003 list of "Best Looking Games on PS2". GameSpy listed Kingdom Hearts twice in its "Top 25 Video Game Cinematic Moments". GamePro stated that the graphics were "gorgeous", giving them high marks. The audio was also praised, particularly the quality of the voice-overs and musical score. GamePro had positive comments on the overall audio and gave that aspect a perfect score.

Criticism about the gameplay was mixed. Many reviews complained that the camera was at times frustrating and the Gummi Ship portions were out of place. GameSpot cited "tedious" gameplay and Gummi Ship sections as "pale imitations of the Star Fox series", but stated that the combat was fun, particularly the boss fights. Dengeki Online commented on the camera controls, saying that the camera would often run into objects while being rotated by the player. GamePro compared the battle system to "old N64 Zelda games" and had positive comments about Donald and Goofy's artificial intelligence.

GameSpot commented that the concept of mixing the serious elements of Final Fantasy with the lighter elements of Disney seemed impossible, but was pulled off quite well. Because of that they awarded Kingdom Hearts "Best Crossover Since Capcom vs. SNK" in their 2002 Best and Worst of the Year awards. GameSpy noted that the periodic departure from the main plot into the Disney side stories was disappointing, and when the original plot builds to a climax, "the story fails to gel thanks to a confusing mish-mash of vague terms and symbolism that probably made more sense in the director's head than in this final product." Aside from the plot, they stated that the overall package was worth playing through to the end. G4TV awarded it "Best Story" at their 2003 G-Phoria awards show. Fan response was also positive; Kingdom Hearts was voted as the 19th best game of all-time by readers of the Japanese magazine Famitsu, 16th by the users of website GameFAQs, and 92nd by IGN users. Kingdom Hearts ranked ninth on IGN's most recent "Top 25 PS2 Games of All Time" list. It was also a nominee for the Best Game Award from the CESA Game Awards for 2001-2002.

Kingdom Hearts Final Mix is an extended version of Kingdom Hearts. Released only in Japan, it uses most of the revisions made for the North American and European releases. It features other additions to the original game: a Final Fantasy X-2 trailer (named "Special Movie") on the main menu, three new Difficulty Levels: Beginner, Standard, and Proud mode, new types of Heartless and palette swaps for most returning Heartless, new Keychains and items, and a new secret boss that appears in Hollow Bastion, known only as "Unknown". It also features an expansion of the secret movie from the first game, Another Side, Another Story [deep dive], foreshadowing more of Kingdom Hearts II.

The Disney Wiki has a collection of images and media related to Kingdom Hearts. 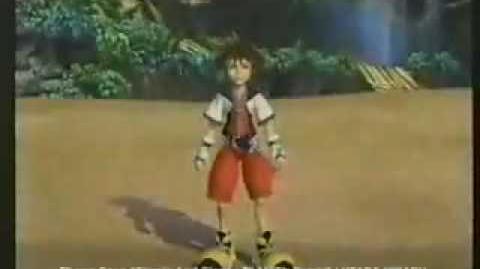 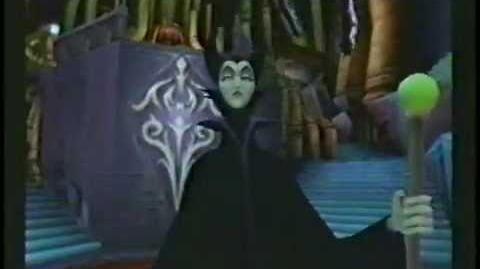 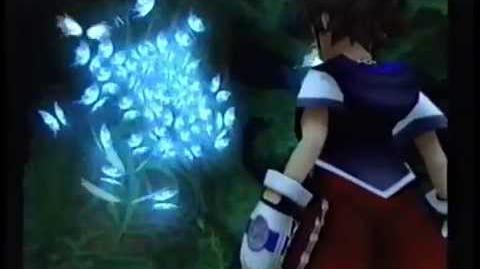 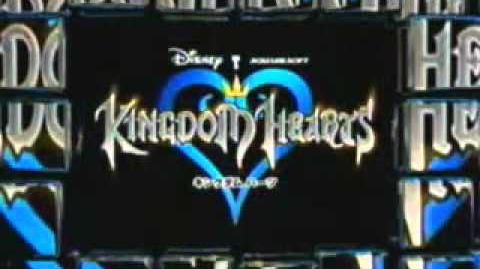 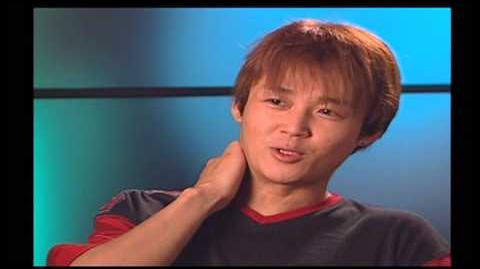 Kingdom Hearts Behind The Scene Part 1 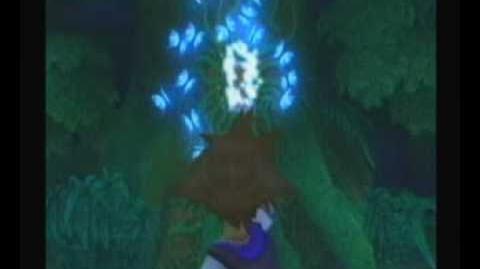 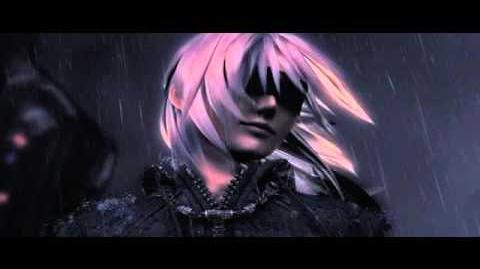 Kingdom Hearts - Special Secret Another Side Another Story 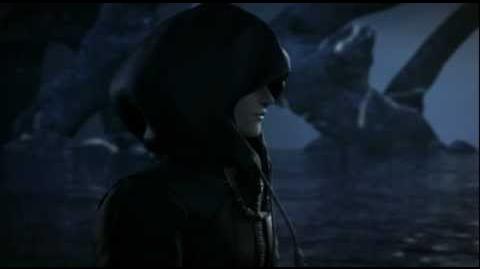