“To discover the end, a journey must start at the beginning.”
―Tagline

“It is the world of a distant fairy-tale.
The world is full of light.
Various worlds are born in that light and so the light envelopes them.
From the source of Kingdom Hearts's light, there is a X-blade that is protected.
To that limit, the worlds believed in the eternal light.
However, a strong light creates a dark shadow.
From that darkness, anxiety and fear awakened their desire.
With the darkness hidden within the depths of their hearts awakened, chaos began to spread across the worlds.
In order to stop the spread of darkness, those who seek the light created a copy of the χ-blade, a Keyblade, and an adventure concerning the fate of the worlds began.

”
―Message from the KINGDOM[5] 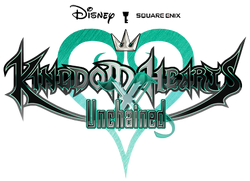 Kingdom Hearts Unchained χ is a mobile remake of the PC-only game Kingdom Hearts χ, released in Japan in 2013. The game features a few differences in gameplay, the most major being the change of the card gameplay into medals; this change was made because of the negative reaction to card mobile games, and the first impression to playtesters was that χ was one, because of the gameplay style.

The game was announced during E3 2015 to be coming to North America and other territories, though no release window has currently been announced outside of Japan and North America.

The Disney Wiki has a collection of images and media related to Kingdom Hearts Union χ. 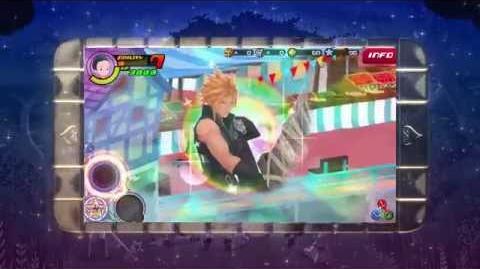 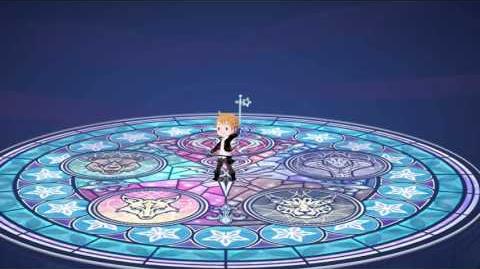 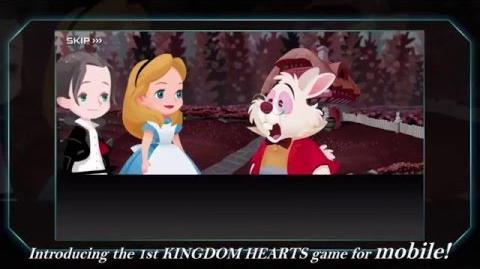 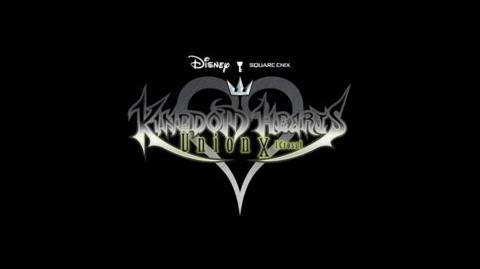 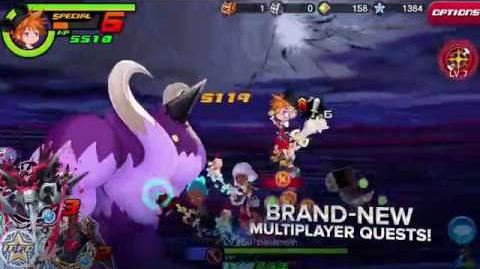 “I think it's time to tell you, then. Before my master, He who created me, disappeared, He bestowed His six followers with new names, and gave five of them a tome of prophecy. These five followers, who were to become the Foretellers, read the future written in the tome."The war in that place will lead to the defeat and destruction of the Light. The World will be enveloped in eternal Darkness." In order to save the future World, the five Foretellers thought to use the power hidden in the tome of prophecy. That's the power you are all using now. Through the medals, you are using the power of the future to try and protect the light from the darkness, and avert the future enveloped in darkness. Also, as you know, even though the five Foretellers share the same goal, they by no means share the same will. So, you mustn't lose sight of it yourself.”
―Chirithy