1
Kirsten Caroline Dunst is an American actress, singer, and model who is best known for her role as Judy Shepherd in the 1995 comedy Jumanji, Torrance Shipman in the Bring it On franchise, and Mary Jane Watson in Sam Raimi's Spider-Man trilogy.

For Disney, she played Anna Petterson in the 1997 Disney made-for-TV supernatural thriller film, Tower of Terror, Nicole Oakley in the 2001 Touchstone Pictures film, Crazy/Beautiful, Lisa's Daughter in New York Stories, and voiced Kiki in the Disney English dub of Kiki's Delivery Service. She was also mentioned in the Lizzie McGuire episode "Picture Day". 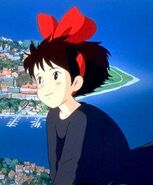 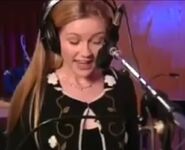 Kirsten Dunst behind the scenes of Kiki's Delivery Service.

Kirsten Dunst at premiere of Spider-Man in April 2002. 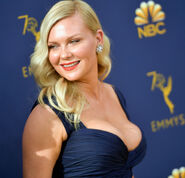 Kirsten Dunst speaks at the Becoming A God In Central Florida panel at Showtime segment of the 2019 Summer TCA Tour. 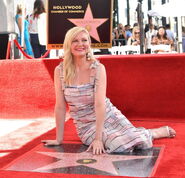 Kirsten Dunst at her Hollywood Walk of Fame ceremony in August 2019.
Add a photo to this gallery
Retrieved from "https://disney.fandom.com/wiki/Kirsten_Dunst?oldid=4033787"
Community content is available under CC-BY-SA unless otherwise noted.