Float
Kitbull is an experimental Pixar animated short film from a new division of the studio as part of Pixar's SparkShorts series. It was subsequently released on YouTube on February 18, 2019, followed by its release on Disney+ in late 2019.[1]

An unlikely connection sparks between two creatures: a fiercely independent stray kitten and a pit bull. Together, they experience friendship for the first time.

On the streets of San Francisco, a stray kitten steals a small fish for itself and avoids a young woman working at a pawn shop that beckons her to return the fish. The kitten arrives at its home, a small box with a stuffed animal that rests in a pile of garbage and sleeps. The next morning, the owners of the building next door adopt a pit bull that excitedly anticipates its new home, only to be chained to the outside. With little excitement or interaction with his new owners, the pit bull notices the kitten and tries to reach her, but his chain is too short. They ultimately connect by tossing a bottle cap back and forth. When a plane flies overhead, the Pitbull starts barking at it and the kitten hides inside the box when the owner is arrives. The owner gives the Pitbull the teddy bear and the Pitbull tears off the teddy bear’s head.

On a rainy day, the pit bull is brutally tossed outside by his owners covered in bloody scars and bruises, implying that the building he lives in is a dogfighting establishment. The dog is upset and goes to find shelter. The kitten then ends up getting caught in a plastic can ring holder after getting scared by the storm. As the pit bull goes over to help the kitten, the kitten sees his large fangs and she scratches him on the nose. The pit bull sadly meanders back to his dog house. The kitten, feeling bad, goes over and comforts the pit bull through the night.

When the two wake up, the lights to the building turn on behind them and they make a break to the fence. After some struggling, the kitten and the pit bull escape, leaving the dog-ring owners surprised. The kitten is later seen wandering the streets when the young woman comes back to beckon her. The kitten then introduces the pit bull to her. After a slight shock, she goes up and pets him as well. The dog is afraid at first but then realizes this is the first time he’s ever been loved by a human. The kitten and pitbull, now wearing collars, are seen in a big field overlooking San Francisco with the woman and her boyfriend. 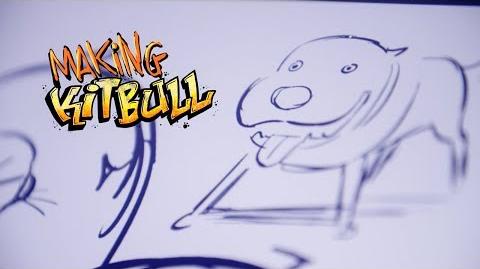 Go Behind the Scenes of Kitbull Pixar SparkShorts 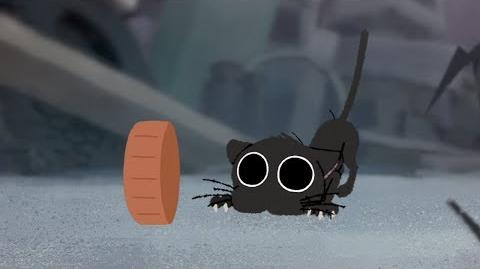 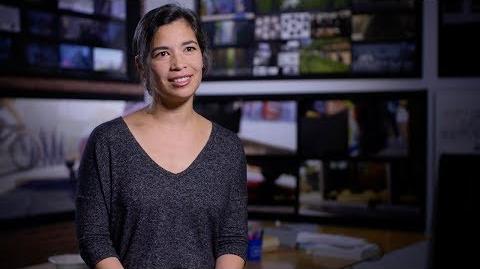