To prevent the emergence of a New Jedi Order (failed)

Wiped out by Ben Solo

The Knights of Ren is an organization introduced in the Star Wars sequel trilogy. Kylo Ren was the highest-ranking member among this group as he was the master of the knights. Despite their alliance with the First Order, the Knights of Ren were not part of the formal hierarchy of the organization, as their agendas trumped that of the First Order's commanding officers. It is unknown how many knights existed, but eight have been seen so far.

Dating back centuries, the Knights of Ren were an almost-mythical group of marauders that followed the ideology of their leader, Ren himself, until Ben Solo took his place. This ideology was based around following the will of the dark side itself, rather than their own selfish interests. As the Sith did, they lived how they chose, took what they wanted, and consumed what the dark side sent them. All the Knights of Ren are Force-sensitive, but their strength with the dark side of the Force is middling and amateurish. Additionally, each Knight of Ren is a weapons specialist, and trained with their own unique and deadly weapon of choice.

As of Star Wars: The Rise of Skywalker, the Knights of Ren were all wiped out by the redeemed Ben Solo.

The Knights of Ren operated for many centuries before the Galactic Civil War. After Ben Solo killed their leader, Ren, he became the new master of the knights and adopted the name of Kylo Ren. Along with Kylo Ren, the Knights of Ren started to work under the command of Supreme Leader Snoke, who used them as a tool of the dark side of the Force, alongside the First Order. However, as Darth Sidious created Snoke, and used him as a puppet, the Dark Lord of the Sith was secretly their true commander. Approximately six years after the destruction of Luke Skywalker's Jedi Temple, the Knights of Ren, particularly Kylo Ren, under the orders of Snoke, were to find and kill Luke Skywalker (the surviving member of the New Jedi Order, and the last Jedi Master in the galaxy) as Snoke knew that as long as Luke lived, a new generation of Jedi Knights could rise again.

When Snoke was killed by Ben Solo/Kylo Ren and the latter took his place, the Knights of Ren served him in the same way that Snoke's Praetorian Guards had, following him into battle and serving as his body guards. However, their true allegiance was to Sidious when it was discovered that he had resurrected himself. They were stationed on Exegol when Kylo returned as Ben, having redeemed himself. Ben, after a lengthy battle where he was badly beaten, was given his grandfather's lightsaber by Rey through their Force-bond and quickly killed his former allies, ending the Knights of Ren for good.

In the sequel trilogy, the Knights of Ren are the newest threat to the Republic and subordinates to the First Order. Snoke serves as their leader, with Kylo Ren in turn leading under him, as he refers to Kylo as "Master of the Knights of Ren" in the film. They appear in a vision Rey had on Takodana, in which they are seen massacring a group of people in a rainy location.

Though they do not appear in the film physically, nor are they directly mentioned, Luke Skywalker states to Rey that Ben had taken some apprendices with him and slaughtered the rest of his fellow Jedi students in Luke's Jedi temple, so one could imply that they later became the Knights of Ren.

Unbeknownst to Luke, Ben did not actually massacre all his fellow Jedi, as most of them were killed by a lightning storm (possibly made by Darth Sidious). The few survivors left to purse Ben Solo, and were killed later confronting him and the Knights of Ren (which were not Luke's students but an organization that already existed prior to these events).

The Knights of Ren are first seen accompanying Kylo Ren when he has his destroyed helmet repaired. They later join Kylo on Pasaana, where they kidnap Chewbacca after he gets separated from Rey, Finn, and Poe.

The Knights of Ren appear much later in the film, after Ben Solo has been redeemed. They corner him on Exegol before he can get to Darth Sidious and Rey. They attack him, prompting Rey to give him Anakin Skywalker's lightsaber via the Force. Ben then engages in a six-versus-one fight with the Knights of Ren and eventually manages to kill all of them. The battle starts when the Knights start beating Kylo, slightly scarring his face. While the Knights surround their former leader, Rey gives Anakin's lightsaber to him through their Force-bond. When Ben gets his grandfather's saber, the Knights recoil slightly confused. Ben shrugs his hands (similar as his father did during the Battle of Endor). Ben immediately kills Kuruk and Cardo before restraining Vicrul's scythe. He Force pushes Ap'lek into a pit before cutting down Vicrul. Ben then effortlessly stabs Trudgen in the chest and jumps over Ushar, killing this last knight with a stab through the back.

In The Rise of Skywalker, the actors who played Knights of Ren are listed as follows:

Concept art of "Ren", the leader of the Knights of Ren, in The Rise of Kylo Ren comic.

Concept art of the Knights of Ren on Mustafar in The Rise of Skywalker.

The Knights of Ren fighting on Mustafar. 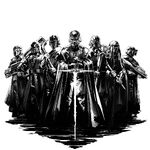 Luke Skywalker and Ben Solo confronting the Knights of Ren on the cover of The Rise of Kylo Ren Issue 2.

The Knights of Ren in The Rise of Kylo Ren.

The Knights of Ren accept Ben Solo as their new leader after he killed "Ren".

The Knights of Ren first appearance during Rey's vision in The Force Awakens. 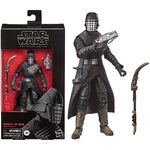 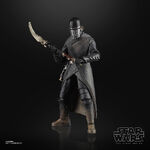 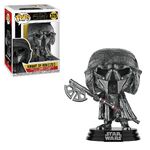 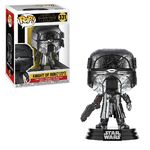 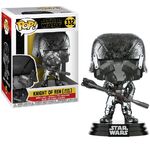 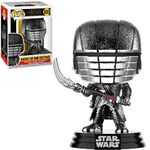 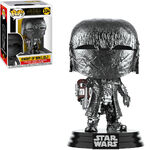 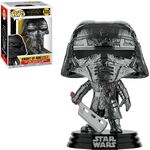 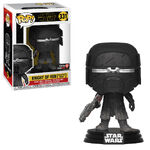 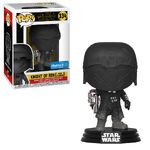 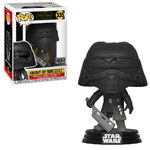 Retrieved from "https://disney.fandom.com/wiki/Knights_of_Ren?oldid=4380422"
Community content is available under CC-BY-SA unless otherwise noted.