1999-present
Kyle Orlando Massey is an American actor, voice actor, dancer, singer, comedian, rapper, and magician who is perhaps best known for starring in the Disney Channel sitcom That's So Raven, where he starred as Cory Baxter, and in the Disney show, Cory in the House, a spin-off of That's So Raven. Massey is also well known for starring in the Disney Channel Original Movie Life Is Ruff. Massey is the brother of Zoey 101 star Christopher Massey. As a rapper, Massey has released several songs for Walt Disney Records and Hollywood Records including "Underdog Raps".

Massey starred in the Disney sitcom That's So Raven and its spinoff Cory in the House, where he starred as Cory Baxter, Raven's stubborn younger brother who is constantly at odds with her. Massey also starred in the 2005 Disney Channel Original Movie Life Is Ruff as Calvin Wheeler. He has acted in Fame and voiced Milo Fishtooth in Fish Hooks.

He also appeared in the PBS Kids show The Electric Company.

Cory Baxter
(That's So Raven and Cory in the House) 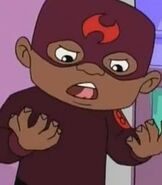 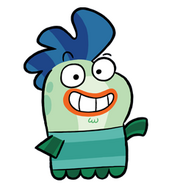 Kyle Massey attending a screening of Race to Space in October 2001. 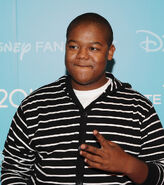 Kyle Massey attending the 300th episode celebration of Dancing with the Stars in May 2013.