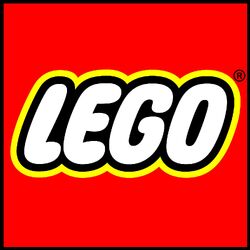 In 2010, Lego and Disney introduced Lego Prince of Persia: The Sands of Time and Lego Toy Story for the release of Toy Story 3.

In 2012, Lego and Disney introduced characters from Marvel's The Avengers and also a second wave for Cars 2 as well as Disney Princess Duplo sets. A game based on Phineas and Ferb was planned, but was cancelled, though the instructions are online.

2013 had sets for Iron Man 3. 2013 also saw the return of Mickey Mouse Duplo sets, though just 1 set was released for the winter wave. Lone Ranger got 8 Lego sets and 2 accessories for 2013. On January 22, 2013, it was confirmed that sets from Jake and the Never Land Pirates and Planes would come out in Duplo form for the summer of 2013.

2014 had sets for the Disney Princess line in system form (with mini-dolls borrowed from the Friends line) sets and one set for the Duplo line. Jake and the Never Land Pirates also had two new sets this year. Also, Marvel sets with Spider-Man, the Guardians of the Galaxy, and Captain America debuted as well. Star Wars Rebels and Planes: Fire & Rescue also had sets released as well, the latter in DUPLO form.

The first half of 2015 had more Marvel sets from the Avengers: Age of Ultron film (including the first Disney Ultimate Collector's Set), and more Disney Princess sets, which included the first set with Elsa from Frozen, likely meaning Anna and Elsa will be Official Disney Princesses sometime in 2015. Also sets with Sofia the First in Duplo form debuted in early 2015 as well. A Cars Duplo set was also released. On February 4, 2015, it was announced that a Lego set based off of WALL-E would be made, being the first set to come from the Lego Ideas for a Disney item, as well as being designed by someone at Pixar. The 2nd half of 2015 includes Star Wars Episode VII: The Force Awakens, Star Wars Rebels, Ant-Man, a Mickey Mouse Clubhouse set, the first sets for Doc McStuffins, Jake and the Never Land Pirates, and Spider-Man.

2016 includes the first Marvel and Disney Princess sets in the Juniors line, along with 3 Mickey Mouse Universe sets, as well as one from Sofia the First. Frozen also sees a set based off of Frozen Fever, as well as a smaller set with only Olaf. A Palace Pets set will also be released, being the first one from that sub-franchise. A large amount of Star Wars sets will also go in stores. Captain America: Civil War will also see a set be released as well. A Disney minifigure series was also announced for May 2016.

An example of various Disney LEGO minifigures lined up 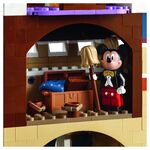 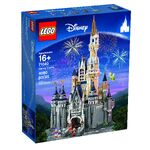 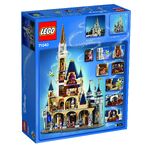 Retrieved from "https://disney.fandom.com/wiki/LEGO_Disney?oldid=4116188"
Community content is available under CC-BY-SA unless otherwise noted.