Alcamy Henriksen
Sage Ariel Henriksen
Lance James Henriksen is an American actor, voice actor, and artist, who is best known to film and television audiences for his roles in science fiction, action, and horror films, such as Bishop in the Alien films and Frank Black on the Fox television series Millennium from 1996 to 1999.

For Disney, he is best known for his role as Kerchak in the Tarzan franchise. He also voiced Tom in Future-Worm!, Grim Reaper in the Disney XD animated series The Avengers: Earth's Mightiest Heroes, General Tesler in Tron: Uprising, and The Baron in Rapunzel's Tangled Adventure. In additon, he played The King in Super Mario Bros., Buck in Color of Night, Griffin McColl in the ABC TV show, Wikipedia:Grey's Anatomy, Chazz Montolo in the CBS/ABC Studios TV show, Criminal Minds, and Sheriff Doug Barnum in Powder. 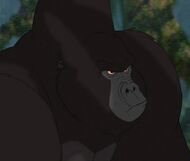 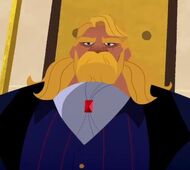 Lance Henriksen behind the scenes of Tarzan

Lance Henriksen behind the scenes of Tarzan II 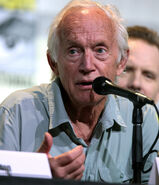 Lance Henriksen speaks at the 30th Anniversary celebration of Aliens during the 2016 San Diego Comic Con
Русский
Community content is available under CC-BY-SA unless otherwise noted.