1980-present
Lara Jill Miller is an American actress, voice actress, and attorney. She is perhaps best known for her television role as Samantha "Sam" Kanisky on the NBC sitcom Gimme a Break!, and for voicing Kari Kamiya in Digimon Adventure, Clifford as a puppy in Clifford's Puppy Days, the titular character in The Life and Times of Juniper Lee, Lisa Loud in The Loud House, and Haru in Beastars.

For Disney, she voiced Lambie in Doc McStuffins, Silvia in the Phineas and Ferb episode "Out to Launch", the title character in Henry Hugglemonster, Matilda in the Vampirina episode "The Monster Snore", Chirithy in the χ Back Cover cinematic cutscenes from the video game, Kingdom Hearts HD II.8 Final Chapter Prologue, and Libby Stein-Torres in The Ghost and Molly McGee. 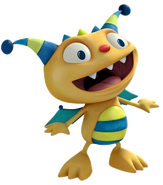 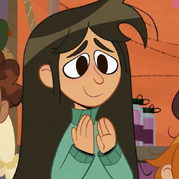