Disney Wiki
Register
Don't have an account?
Sign In
Advertisement
in: Characters, Character stubs, Star vs. the Forces of Evil characters,
and 10 more

Deceased
Lekmet is a character who appears in the Disney XD animated series, Star vs. the Forces of Evil. He is an angel-demon and the high chancellor of the Magic High Commission.

Though Lekmet only speaks in goat sounds, his personality comes through largely in his mannerisms. He shows a deep level of care for his companions and mainly serves as an observer to Rhombulus' conflict with Glossaryck.

In "Starcrushed", Lekmet is shown to possess some form of healing/restoration powers. He revives the other Magic High Commission members and restores their strength after Toffee absorbs their powers and renders them unconscious. 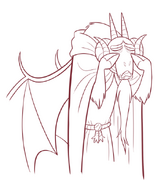 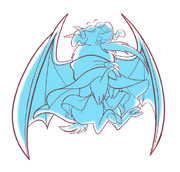 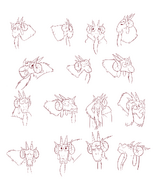