Lesley Ann Warren is an American actress and singer. She has been nominated once for an Academy Award and Emmy Awards and five times for Golden Globe, winning one.

She is known for her roles in films such as Victor/Victoria, Clue, Burglar, Cop, and Secretary. She has also had roles in popular TV shows such as Mission: Impossible, Desperate Housewives, Will & Grace, and In Plain Sight.

Warren first came to attention in the 1965 television performance of the Rodgers and Hammerstein musical Cinderella. She won a Golden Globe for the 1977 miniseries Harold Robbins' 79 Park Avenue, and was nominated for an Academy Award in 1982 for Victor/Victoria.

For Disney, she played Cordelia "Cordy" Biddle in The Happiest Millionaire, Alice Bower in The One and Only, Genuine, Original Family Band, and Sondra in Color of Night. She also appeared in season 3 of Daredevil.

She was a guest star on The Muppet Show. 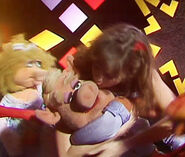 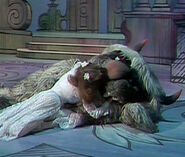 Add a photo to this gallery
Retrieved from "https://disney.fandom.com/wiki/Lesley_Ann_Warren?oldid=4093858"
Community content is available under CC-BY-SA unless otherwise noted.