Images of Li Shang from Mulan. 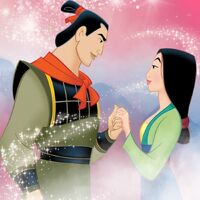 General Li: "The Huns have struck here, here, and here."

General Li: "You will stay and train the new recruits."

Shang listening to his father

"No, the greatest troops of all time!"

Shocked to see the brawl

Soldiers: "He started it!"

"I don't need anyone causing trouble in my camp."
Mulan/Ping: "Sorry."

"I didn't ask for his name, I asked for yours!"

Chi-Fu: "I can see why. The boy's an absolute lunatic."

"Okay, gentlemen. Thanks to your new friend Ping..."

"...you'll spend tonight picking up every single grain of rice!"

"And tomorrow, the real work begins."

"Thank you for volunteering."

"You seem to be missing something."

"...and this represents strength."

"You need both to reach the arrow."

Shang walks out of his tent as the arrow is thrown to the ground.

Mulan/Ping: "Hey, I'll hold him and you punch."

"I don't understand. My father should've been here."

Chien-Po: "The General."
Chien-Po shows the General's helmet to Shang.

Shang mourning over his father's death.

"You just gave away our position! Now we're--"

"You are the craziest man I've ever met."

...and hesitates to execute her

Mulan: "Shang, I saw them in the mountains. You have to believe me."

Shang walks up to the Emperor of China

Presenting the sword of Shan Yu

...then the Huns burst out of the dragon costume behind him

Watching the Huns capture the Emperor

Shang rushes to stop Shan Yu and rescue the Emperor

Shang knocked out by Shan Yu

The Emperor walks up to Shang

"You forgot your helmet."

"Dinner would be great."
Add a photo to this gallery 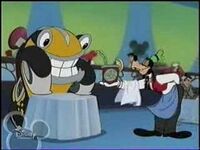 Shang in House of Mouse (he is to the right of Goofy).
Add a photo to this gallery 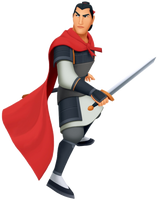 Li Shang as he appears in Kingdom Hearts II

Shang with Mulan and Sora in Kingdom Hearts II 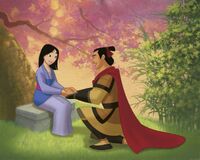 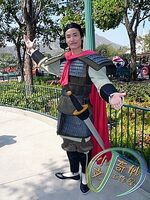 Li Shang posing for a photo at Hong Kong Disneyland

Shang in Disney on Ice
Add a photo to this gallery 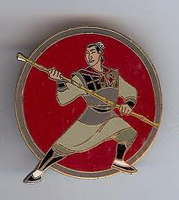 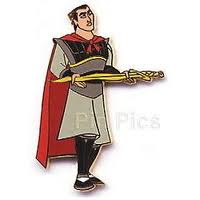 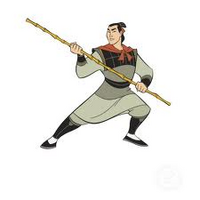 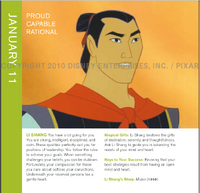 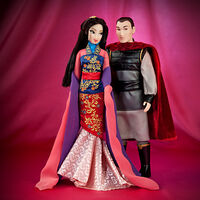 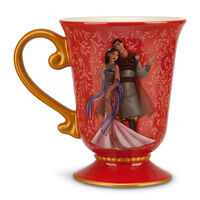 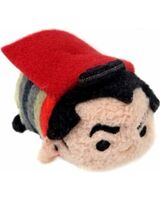 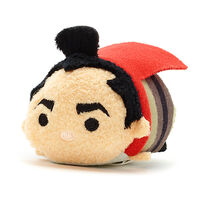 Add a photo to this gallery
Retrieved from "https://disney.fandom.com/wiki/Li_Shang/Gallery?oldid=3916440"
Community content is available under CC-BY-SA unless otherwise noted.