Lin-Manuel Miranda is an American actor, writer, composer, and rapper. He is best known for his Broadway stage shows: In the Heights and Hamilton, which he created and originated the main roles of Usnavi de la Vega, Piragua Guy and Alexander Hamilton, respectively. A recording of Hamilton was released by Disney on July 3, 2020. He later directed Tick-Tick Boom! which starred Andrew Garfield.

In 2015, Miranda (along with director J.J. Abrams) wrote and performed two songs for the film Star Wars: The Force Awakens. Miranda is one of the composers and songwriters for Walt Disney Animation Studios' 56th animated feature film, Moana, performing on "We Know the Way" and the end credits version of "You're Welcome" with Jordan Fisher. Miranda also played Jack in Mary Poppins Returns and voices Fenton Crackshell-Cabrera/GizmoDuck in the new DuckTales. He was recently the songwriter of Walt Disney Animation Studios' 60th animated feature Encanto, and will play Chef Louis in the live action remake of The Little Mermaid. 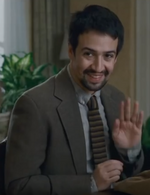 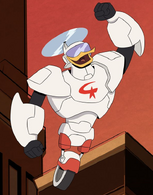 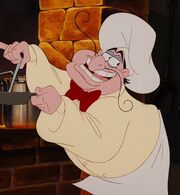 Lin-Manuel Miranda at the premiere of Moana in November 2016.

Lin-Manuel Miranda at the Mary Poppins Returns premiere in November 2018.

Lin-Manuel Miranda at his Hollywood Walk of Fame ceremony in December 2018.

Lin-Manuel Miranda speaks at the HBO segment at the 2019 Summer TCA Tour.