The Lizard from Marvel Comics

“I told you there'd be consequences!”
―Lizard to Spider-Man

The Lizard is the alter ego of Dr. Curtis "Curt" Connors. He appears as an antagonist in Spider-Man: No Way Home, played by Rhys Ifans, reprising his role from The Amazing Spider-Man.

The Lizard was created by Stan Lee and Steve Ditko.

Connors is a Caucasian man a lab coat. He has brown hair and blue eyes.

As the reptilian alter-ego, the Lizard is a large humanoid that is taller. His tail and tongue are incredibly long, the latter allowing the Lizard olfactory abilities, and has sharp claws and teeth.

When Spider-Man received a tour around the S.H.I.E.L.D. Helicarrier from Fury, Curt Connors showed up to reveal that he worked on several Spider Gadgets he had been working on. He showed the Spider-Cycle and gave it to Spider-Man for a ride.

After Spider-Man was rescued by S.H.I.E.L.D., he brought a piece of Doctor Octopus' tentacle with it, which made Curt enthusiastic of its technology.

After S.H.I.E.L.D. raided one of Doctor Octopus' secret labs, Connors discovered a stash of mutagenic animal DNA Octavius planned to use to develop super-powered individuals. Dr. Connors planned to use this DNA for a different purpose - restoring human bodies. Namely, regrowing his own arm after losing it when Goblin attacked the Helicarrier.

Ignoring Spider-Man's warning about using it for such purposes, Connors took a serum of lizard DNA, growing back his lost arm. While it initially gave him great strength, Connors soon lost control of his mutation, transforming into a giant lizard creature. Spider-Man, with the help of his teammates and Dr. Octopus, was able to put an end to the Lizard's rampage, transforming him back into Doctor Connors.

Otto later captured the doctor and used a special device to control him as the Lizard and made him part of the Sinister Six. Spider-Man eventually caused Connors to resist the control and he forced Otto to the ground. However, the Lizard managed to escape into the sewers.

Since then, the Lizard had begun stealing equipment from Midtown High School. One night during a storm, he abducts Phil Coulson, Mary Jane Watson, and Harry Osborn. Spider-Man ventures into an abandoned subway tunnel to rescue them with the help of Stan the Janitor, where it is revealed that the Lizard was using the stolen equipment to build a machine that would enable him to keep his Dr. Curt Connors side dormant. After defeating him, Spider-Man attempts to bring back the Conners side, but inadvertently allows the Lizard to render his Dr. Connors side dormant and escapes after being repelled by Spider-Man and Stan.

In the episode "Return of the Sinister Six", the Lizard is fitted with an armored outfit created by Doctor Octopus using stolen OsCorp technology and had been apparently placed under his control. Spider-Man and Iron Patriot (Norman Osborn) encounter him in the sewers where they discover an antidote recipe that the Lizard must have written after the latter's escape from the battle. Lizard later accompanies Doctor Octopus to Ryker's Island to free Electro, Kraven the Hunter, Rhino, and Scorpion to assemble the new and armored Sinister Six to attack Spider-Man. When the rest of Spider-Man's team arrive and Iron Patriot, Spider-Man fights Lizard within Ryker's Island and tries to get through to him. Eventually, Spider-Man successfully restores him back to Connors then he thanks Spider-Man for restoring him to normal. However, Norman is changed back to the Green Goblin as a price and captures Spider-Man's team.

Connors is later turned back into a Lizard by Doctor Octopus and gains the ability to turn other people into lizards just by biting them. Although Spider-Man once again reversed the mutation, Octopus would continue to use Lizard serum to transform Crossbones into the Lizard for his new Sinister Six.

Due to Doctor Strange's botched spell to make the world forget the secret identity of Spider-Man, Lizard was transported out of his home dimension. Strange later captures him prowling the sewers, making him the Sanctum's first prisoner. He soon crosses eyes with a freshly captured Doctor Octopus and scares the Peter Parker of that dimension as well.

Later, as Sandman and Electro are captured, Lizard is surprised to see Electro again since he knew him when he was Max Dillon, especially noting that his physique from before was dismal. Electro then revealed to everyone how Lizard had attempted to turn New York into a city populated by mutant lizards, an act that Lizard called the next step in evolution. He then became confused when Strange revealed that most of the prisoners had died in their respective dimensions while confronting Spider-Man. Peter takes pity on these villains and stops Strange from sending them home until he finds a way to save them from their fate.

Peter moves the villains to Happy Hogan's apartment, though Lizard chooses to stay in a FEAST truck. When Green Goblin turns the other villains (except Octavius, who was already cured) against Spider-Man and attacks him, Lizard witnesses this and escapes the truck, scaring J. Jonah Jameson who took him for a dinosaur, who took him for a dinosaur. Lizard briefly lashes out at Peter while reminding him that he had warned him of the consequences.

Lizard, Electro, and Sandman travel later that night to Liberty Island to confront Spider-Man who teams up with two other displaced Spider-Men, one of whom is the same Spider-Man who defeated Lizard years before. As the battle began, Lizard immediately attacked his nemesis until he was stuck in synthetic webbing. Once freed, the reptile chases Ned Leeds and MJ Jones through a portal briefly taking them to a lab before returning to the Statue of Liberty. He then lunges at his Spider-Man yet again, only to bite into a cure specially designed to undo his mutation, once again bringing him back to Curt Connors. Following the Green Goblin's defeat, Connors is taken home by Strange before reality collapses. 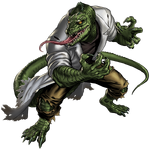 The Lizard in Marvel: Avengers Alliance

The Lizard in Ultimate Spider-Man

The Lizard in Spider-Man.

The Lizard in Marvel Disk Wars: The Avengers

The Lizard in Spider-Man: No Way Home. 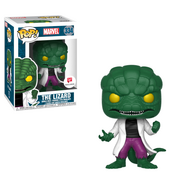 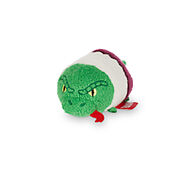 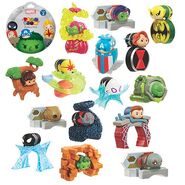