http://www.lucasfilm.com/
Lucasfilm Ltd., LLC is an American film and television production company based in the Letterman Digital Arts Center in San Francisco, California. The studio is best known and responsible for the Star Wars and Indiana Jones franchises, as well as its leadership in developing special effects, sound, and computer animation for film. The Walt Disney Company bought Lucasfilm in 2012 at a valuation of $4.05 billion.[1] Lucasfilm was founded by filmmaker George Lucas in 1971 in San Rafael, CA. Most of Lucasfilm's operations were moved to San Francisco in 2005.

Lucasfilm was founded by filmmaker George Lucas in 1971. Lucas served as the company's chairman and CEO until 2012.

On July 8, 2005, Lucasfilm's marketing, online, and licensing units moved into the new Letterman Digital Arts Center located in the Presidio in San Francisco. It shares the complex with Industrial Light & Magic and LucasArts. Lucasfilm had planned an expansion at Skywalker Ranch in Marin County, California, but shelved the plan when due to opposition from neighbors. However, it still plans to expand elsewhere.

In January 2012, Lucas announced his retirement from producing large-scale blockbuster films and instead re-focusing his career on smaller, independently budgeted features.

In June 2012, it was announced that producer Kathleen Kennedy, a long-term collaborator with Steven Spielberg and a producer of the Indiana Jones films, had been appointed as co-chair of Lucasfilm Ltd. It was reported that Kennedy would work alongside Lucas, who would remain chief executive and serve as co-chairwoman for at least one year, after which she would succeed him as the company's sole leader.

On September 5, 2012, Micheline Chau, who served as president and COO of Lucasfilm for two-decades, announced that she was retiring. With her departure, senior executives for each of the Lucasfilm divisions will report directly to Kathleen Kennedy. Chau was credited with keeping the Lucasfilm and Star Wars brands strong, especially through animation spin-offs and licensing initiatives.[2]

“For the past 35 years, one of my greatest pleasures has been to see Star Wars passed from one generation to the next. It's now time for me to pass Star Wars on to a new generation of filmmakers. I've always believed that Star Wars could live beyond me, and I thought it was important to set up the transition during my lifetime. I'm confident that with Lucasfilm under the leadership of Kathleen Kennedy, and having a new home within the Disney organization, Star Wars will certainly live on and flourish for many generations to come. Disney's reach and experience gives Lucasfilm the opportunity to blaze new trails in film, television, interactive media, theme parks, live entertainment, and consumer products.”
―Star Wars creator George Lucas, upon Disney's acquisition of Lucasfilm[[src]]

Discussions relating to the possibility of The Walt Disney Company purchasing Lucasfilm officially began in May 2011, after a meeting that George Lucas had with Disney CEO Bob Iger during the inauguration of the Star Tours: The Adventures Continue attraction. Lucas told Iger he was considering retirement and planned to sell the company, as well as the Star Wars franchise.[3] On October 30, 2012, Disney announced a deal to acquire Lucasfilm for $4.05 billion,[4] with approximately half in cash and half in shares of Disney stock.[5] Lucasfilm had previously collaborated with Disney and Walt Disney Imagineering to create rides and attractions centered on Star Wars and Indiana Jones for various Walt Disney Parks and Resorts worldwide.[6]

Under the deal, Disney acquired ownership of Lucasfilm and its operating businesses in live action film production, consumer products, video games, animation, visual effects, and audio post production. Disney will also acquire Lucasfilm's portfolio of entertainment technologies. The present intent is for Lucasfilm employees to remain in their current locations. Subsequent films would be co-branded by both the Disney and Lucasfilm names, much like Disney has done with Pixar.[8] On December 4, 2012, the Disney-Lucasfilm merger was approved by the Federal Trade Commission, allowing the acquisition to be finalized without dealing with antitrust problems. On December 21, 2012, the deal was completed, and Lucasfilm became a wholly owned subsidiary of Disney.

Disney's CEO Bob Iger confirmed that Lucasfilm had plans to have stand-alone Star Wars movies with Lawrence Kasdan and Simon Kinberg lined up to develop the movies that would be released sometime during the six-year period the sequel trilogy will be released.

In April 2013, the development arm of the LucasArts division was closed down and most of its staff was laid off. However, LucasArts remained open with a skeleton staff of fewer than ten employees so it could retain its function as a video game licensor. On May 6, 2013, Disney announced an exclusive deal with Electronic Arts to produce Star Wars games for the core gaming market. LucasArts retained the ability to license, and Disney Interactive Studios retained the ability to develop, Star Wars games for the casual gaming market.

On December 6, 2013, The Walt Disney Studios purchased the distribution and marketing rights to future Indiana Jones films from Paramount Pictures, although the latter studio will continue to distribute the first four films and will receive "financial participation" from any additional films. 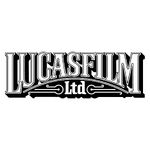 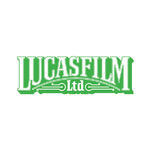