Cafés in San Francisco and Tokyo

The Lucky Cat Café is a restaurant owned and operated by Aunt Cass in Disney's 2014 animated feature film, Big Hero 6, and its subsequent TV series. It is also the place where she, along with Hiro, Tadashi (until his death), Baymax and Mochi reside.

While the café itself is downstairs, Aunt Cass, Hiro, Baymax, Tadashi, and Mochi live in the upstairs apartment. This portion of the building consists of a living room, kitchen, one master bedroom, and an attic.

The café is also where Aunt Cass does her "stress eating" after picking up Tadashi and Hiro from the police station after the bot fights.

Sketch of the Hamada brothers' bedroom. 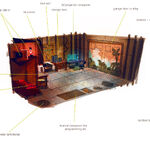 The café in the day.

The café at night. 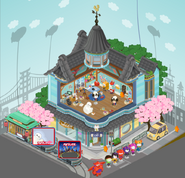 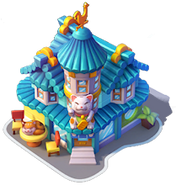 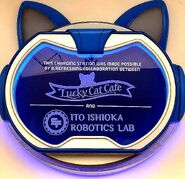