Disney Wiki
Register
Don't have an account?
Sign In
Advertisement
in: Objects, The Princess and the Frog objects, Magical Objects,
and 2 more

This article is about the wand owned by the Mama Odie. For other uses, see Wand (disambiguation).

To aid Mama Odie with magic

The wand is a powerful weapon, which is primarily used to conjure light magic. It most notably has the power to destroy Dr. Facilier's shadow demons with great ease, and does so by inflaming itself with enchanted fire, eliminating the demons with one blast.

Mama Odie places the wand in any location she pleases when she enters her home, but it can be summoned out of thin air, as demonstrated during "Dig a Little Deeper".

The wand can also be used for quick-and-easy transformation, as Mama Odie used it to transform her snake, Juju, into various animals in a matter of seconds.

Lastly, the wand's power is used to stir Mama Odie's cauldron, to conjure images and seek answers to the questions on how to make Naveen and Tiana human again. 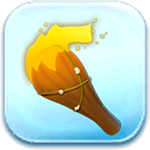 The wand in Disney Magic Kingdoms