Kerry answered an audition call during the planning stages of the film. The audition, supervised by Disney animator Marc Davis, required her to pantomime the motions that would eventually be animated as Tinker Bell, such as preening in a mirror at her feet. She won the audition and spent the next six months at the Disney Studios on a mostly empty soundstage pantomiming the role on film. The studios provided props as well, notably a giant keyhole mounted on a stand as well as a pair of giant scissors, later used in the scene in which Tinker Bell became trapped in a jewelry box.

Kerry also provided the basis (movements and voice) of the red-haired mermaid in the Neverland lagoon scenes.

Since Disney released the film at about the time Marilyn Monroe had begun to make an impact, an urban legend immediately sprung up attributing the role to her.

While still a teen, Margaret Kerry gained a role as "Sharon" in one of the very first network sitcoms, The Charlie Ruggles Show on ABC-TV. The show's farewell episode after its five-year run featured Sharon's wedding and honeymoon, a major media event.

A voiceover talent with a repertoire of twenty-one dialects and forty-eight character voices, Kerry provided the voices (and lips) for characters on 279 episodes of the groundbreaking children's television show, Clutch Cargo, including major characters "Paddlefoot" and "Spinner". She also provided numerous voices and live-action lead-ins for The New 3 Stooges and Space Angel animated series for Cambria Productions.

Since 1992, Margaret Kerry has worked as a producer, writer, and host of What's Up Weekly on KKLA-FM Los Angeles, the world's most listened-to Christian radio station. As the station's community services director, she heads an outreach program that connects to more than 200 non-profit service agencies.

In 2016, Kerry published her autobiography Tinker Bell Talks: Tales of a Pixie Dusted Life (ISBN 978-1533500755) with stories and anecdotes from her life and career, and featuring 180 photos and pieces of art. 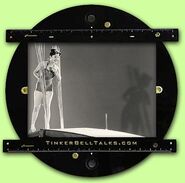 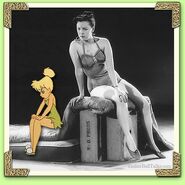