1996–present
Marieve Herington is a Canadian–American actress, voice actress, and singer. She has appeared in recurring roles on Good Luck Charlie as Winnie in the episodes "Doppel Date", "Teddy's Choice", and "Sister, Sister".

Her other Disney roles include Alice in the In a Heartbeat episode "Friends Don't Let Friends...", Gracie in Dog with a Blog, Ogopa and Zigo in The Lion Guard, Erin in the The Famous Jett Jackson episode "Hotline", Waddly Penguin and Tavia in Doc McStuffins, Ms. Meltzer in American Housewife, Libby and Gemma in Star Darlings, Lily and Windflower in the Palace Pets app game, Jilly in The Ghost and Molly McGee, and Tilly Green and other additional characters in Big City Greens.

Gracie
(Dog with a Blog) 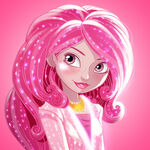 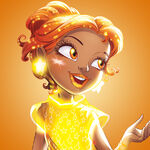