Sean and Ty
Thomas Mark Harmon is an American actor, who is best known for his role as Leroy Jethro Gibbs in the CBS police procedural drama series, NCIS from 2003 to 2021. He is also the executive producer of NCIS spin-off series NCIS: New Orleans since 2014. He is the husband of actress Pam Dawber.

His Disney roles are Ryan Volvo in the 2003 remake of Freaky Friday and Bob Markham in The Legend of Tarzan. 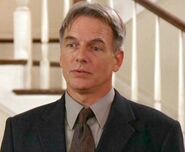 Mark Harmon at his Hollywood Walk of Fame ceremony in October 2012.

Mark Harmon attending the 4th Biennial Stand Up to Cancer event in September 2014.
Community content is available under CC-BY-SA unless otherwise noted.
Advertisement