Mark of the Guard

The Mark of the Lion Guard is a special mark given to members of the Lion Guard. It is in the shape of a roaring lion's head. Each member's mark changes color to match their own pelt. It is given to them by the leader placing their paw of over their left shoulder.

It seems to be an indication that the animal that it is bestowed upon is a member of the Guard. It also represents proof in being official members of the Lion Guard. Those who carry the Mark of the Guard have a duty to defend the Pride Lands.

The Mark of the Guard is visible on the left shoulder of each member of the Lion Guard, during every episode of the show.

Kion and Bunga are seen playing Baobab Ball when their baobab rolls into the Outlands. Bunga leaps in to retrieve it but is caught by Cheezi and Chungu. Kion uses the Roar of the Elders to make the hyenas let him go, and the Mark of the Guard briefly appears on his shoulder before fading away. It later reappears during Kion's Lament after Kion accepts his destiny.

When Janja's Clan attacks the Pride Lands, Kion bestows the Mark upon the new Lion Guard- Bunga, Fuli, Beshte and Ono- by placing his paw onto their shoulders.

Never Judge a Hyena by its Spots

Jasiri mentions that Kion is the leader of the Lion Guard, to his surprise. She notes that the Mark is a giveaway that he's a member of the Guard.

After dealing with Janja, Cheezi, Chungu, and a float of crocodiles, Kion dips his paw in mud and uses it to give Mtoto a muddy Mark of the Guard. Kwato, Gumba, Kambuni, and Shauku approach him requesting that he give them a mark as well.

In trying to figure out how to defeat Scar, Kion and his guard travel deep into the lair to discover the secret to defeating great evil is them. From which a painting shows Askari and his guard coming together to form the Mark of the Guard.

Battle for the Pride Lands

In a flashback when Scar used the Roar to destroy his Lion Guard, his mark disappears, indicating his loss of the Roar and his title as leader of the guard.

During the final battle against Scar, Bunga nearly falls to his death in the volcano to save Kion from Ushari. Ono manages to save Bunga but at the cost of losing his sight. Realizing he's not Keenest of Sight anymore he passes his title to Anga. Kion agrees and bestows the Mark to her. With that, Ono's mark disappears and he becomes disappointed that he's not part of the Guard anymore, however, Kion gives him a new title because of Ono's knowledge, he is now the Smartest regaining his Mark.

The River of Patience

Seeing the Mark of the Guard, Queen Janna knows that Kion and his friends are from the Pride Lands.

Return to the Pride Lands

Kion and his friends compete with Vitani and her guard to see which is better with the contest ending in a tie. For the final challenge Vitani calls for a Mashindano, but seeing how fierce she is without the Roar, Kion surrenders the challenge willingly as Vitani proved herself to be the fiercest. Kion passes his title as leader of the Lion Guard to Vitani and places the Mark on her shoulder. With that, Kion and his guards' Marks all disappear and yet with the Roar still needed at the Tree of Life, they are all given new marks as members of the Night Pride. 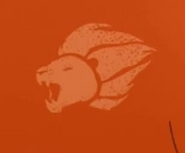 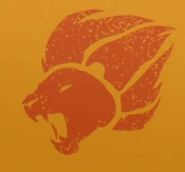 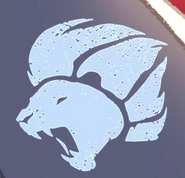 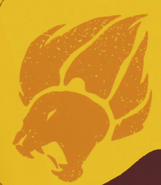 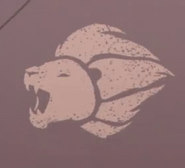 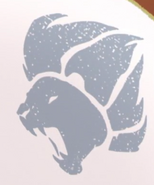 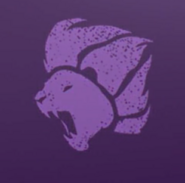 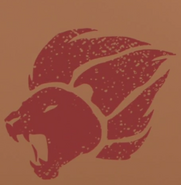