Disneyland
"Mars and Beyond"

"Mars and Beyond" is an episode of Disneyland which aired on December 4, 1957. It was directed by Ward Kimball and narrated by Paul Frees. This episode discusses the possibility of life on other planets, especially Mars.

It begins with an introduction of Walt Disney and his robot friend Garco, who provide a brief overview. It continues with an animated presentation about mankind seeking to understand the world in which he lives, first noticing patterns in the stars, and developing certain beliefs regarding the celestial bodies. Theories from scientists and philosophers are discussed, including Ptolemy's inaccurate, but formerly-accepted theories, as well as those of Copernicus. Life on other planets is considered, soon focusing on Mars. Ideas from science-fiction authors H.G. Wells and Edgar Rice Burroughs are brought to life with more colorful animation. Pulp science fiction comics of the time are parodied in the same straightforward tone as everything else (this segment features Kimball's comic tone and a cameo appearance by Donald Duck).

After this, the program adopts a serious tone as it profiles each of the planets in the solar system (at the time of release, Pluto was still a planet), from the perspective of what would happen to a man on them. The program claims that whereas most of the planets are either too cold or too hot for life as we know it, life on Mars could almost be normal, something that is of increasing importance for the future. Dr. E.C. Slipher then discusses the Red Planet and the possibility that life is already there. More animation speculates what the conditions on Mars might be like. This section is filled with striking, inventive and atypical Disney animation. The program wraps up with what a trip to Mars would entail for a space crew and its vessels. Contributor/spacecraft designer Ernst Stuhlinger presents his design and details regarding a unique umbrella-shaped MarsShip: The top portion would be a revolving outer quarters ring providing artificial gravity for the crew of 20, under 'parasol' coolant tubes. At the other end would be a sodium-potassium reactor to provide power to the midsection electric/ion drive. Attached upright would be a chemically-fueled winged tail-lander. The mission shown involves six MarsShips, ultimately reaching 100,000 mph, taking a 400 day, spiral course to Mars. There, they would spend 412 days on the surface before returning.

This episode was released on the Walt Disney Treasures: Tomorrow Land DVD set in 2004 and as an extra on the DVD and Blu-ray release of Roving Mars in 2006.

The science fiction parody and the introduction with Garco are featured amongst the clips at the Sci-Fi Dine-In Theater Restaurant at Disney's Hollywood Studios.

An educational film titled Cosmic Capers was edited out of this episode in 1979. It was shorter than the original and ran 18 minutes. In 2003, with the cooperation of Disney, a 35mm five minute excerpt from "Mars and Beyond" was restored and presented in Don Hertzfeldt's Animation Show theatrical tour, as a tribute to Ward Kimball. 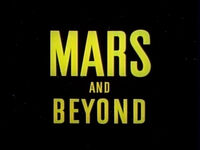 Walt Disney and GARCO the robot 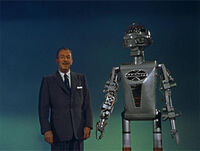 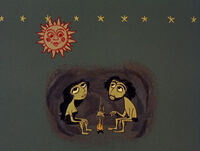 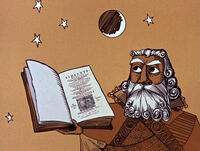 "Venus is a planet of passion. People do not cook because they live on air, music, and love." 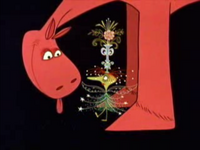 "The natives of Jupiter are pretty. They do not lie or steal, but they are terrified at the sight of their giant Jupiter-type horses." 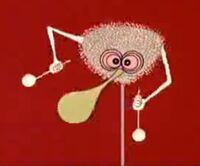 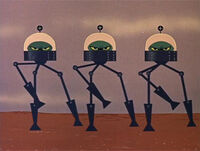 Tripods from H.G. Wells's War of the Worlds

What H.G. Wells theorize Martians would look like. This creature would later appear in the title sequence for Wander Over Yonder. 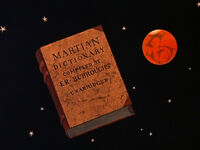 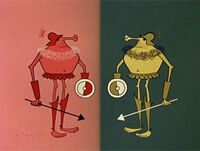 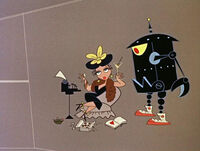 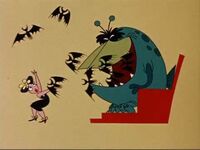 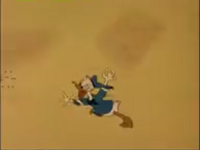 Donald Duck's cameo as one of the "Mars men" 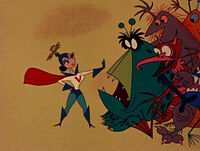 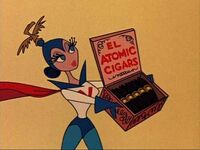 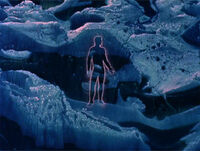 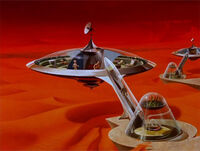 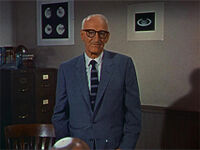 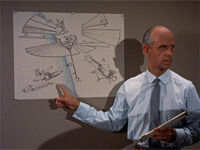 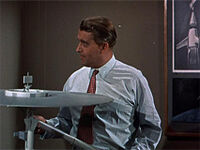 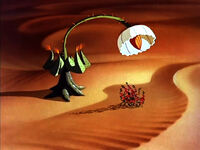 "Plants that feed on other plants." 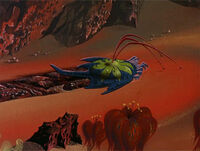 A dust eating creature from the imagined Life on Mars sequence. 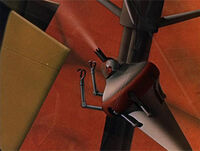 Tomorrowland Adventure book
Add a photo to this gallery

Wernher von Braun and Ernst Stuhlinger in the episode "Mars and Beyond" (1957) from Disneyland, the first of many Walt Disney anthology television series.
Add a photo to this gallery
Retrieved from "https://disney.fandom.com/wiki/Mars_and_Beyond?oldid=3858668"
Community content is available under CC-BY-SA unless otherwise noted.