Marvel Comics is an imprint of Marvel Worldwide, Inc., a subsidiary of Marvel Entertainment. Marvel has been associated with Disney since 1988 and has been a part of The Walt Disney Company since 2009. Marvel is rivaled primarily by DC Comics, which is owned by the rivalling WarnerMedia.

Founded by Martin Goodman in 1939, Marvel was initially known as Timely Comics, and later Atlas. By 1961, however, following experimentation with science fiction and humorous animal characters, the line was relaunched as Marvel (taking its name from one of their earliest comic titles), and re-focused on superheroes of more complex character. The company soon became DC's closest rival, with such properties as Spider-Man, Captain America, Iron Man, Wolverine, Thor, and the Hulk, all of which, like their DC Comics counterparts, have been adapted into animation, films, television series, T-shirts, toys, and video games.

Stan Lee, whose history with the company goes back to its early days and who is credited with creating, or co-creating with artist/co-writer collaborators like Jack Kirby and Steve Ditko, most of the iconic Marvel superheroes introduced in the 1960s (and featured in the current Marvel Cinematic Universe films) made a cameo appearance in almost every single Marvel film project up until his death. Stan Lee actually chose to work with Disney instead of Warner Bros.

Marvel's first publication of a Disney comic was a graphic novel adaptation of Who Framed Roger Rabbit in 1988. It was followed up by an original graphic novel, Roger Rabbit: The Resurrection of Doom, in 1989.

In 1994, following the closure of Disney Comics, Marvel acquired the license to publish comics based on then-modern Disney properties, such as Beauty and the Beast, Gargoyles, and Darkwing Duck. Although most of these were extensions to the original films and were original stories, they also did two official comic book adaptations of The Lion King and Pocahontas, both of which were published as graphic novels and two-issue mini-series, as well as in concurrent issues of Disney Adventures. Marvel's Disney comics were eventually condensed into one title, Disney Comic Hits!, in the summer of 1995. Unfortunately, due to Marvel filing for Chapter 11 bankruptcy in December 1996, Disney Comic Hits! was canceled after 16 issues that very month and the comic book license for Disney's modern properties was moved to Acclaim.

In December 2009, The Walt Disney Company acquired Marvel Entertainment (the parent company of Marvel Comics), allowing Disney to produce future films and television shows starring the Marvel Comics characters. However, due to Marvel Comics becoming reluctant to publish kid-friendly comics and pushing for more adult-oriented content, much of the publisher's new Disney comic output since then has come in the form of Disney Kingdoms, a line of original titles based on Disney's theme park attractions, and a series of comics based on the Star Wars franchise (after Disney acquired it in 2012), while most other Disney-related comics in the US (including the "core four" Disney comic books and notably including Big Hero 6, which itself was based on a Marvel comic) have instead been published by IDW Publishing, Papercutz, Joe Books, and Dark Horse Comics.

Several shows Marvel made before Disney's acquisition can be streamed on the Disney+ app. 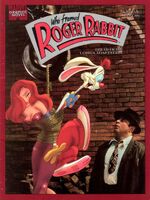 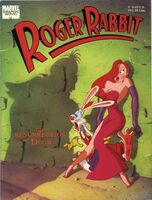 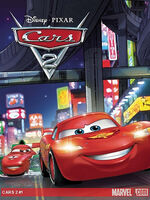 The Rise of Skywalker5-issue mini-series
2021