1934-1995
Mary Wickes was an American film and television character actress.

Wickes is known for her role as Sister Mary Lazarus in Sister Act and Sister Act 2: Back in the Habit with Whoopi Goldberg. She also played Clara in Napoleon and Samantha, Miss Wigginton in Snowball Express, and Katie in the Annette serial on TV's The Mickey Mouse Club. 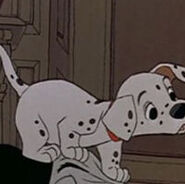 Freckles
(One Hundred and One Dalmatians)

Laverne
(The Hunchback of Notre Dame; lines incomplete)
Add a photo to this gallery
Retrieved from "https://disney.fandom.com/wiki/Mary_Wickes?oldid=4182042"
Community content is available under CC-BY-SA unless otherwise noted.