Disney Wiki
Register
Don't have an account?
Sign In
in: States, The Pacifier, National Treasure,
and 3 more

Maryland is a U.S. state located in the Mid Atlantic region of the United States, bordering Virginia, West Virginia, and the District of Columbia to its south and west; Pennsylvania to its north; and Delaware to its east. Maryland was the seventh state to ratify the United States Constitution, and has three occasionally used nicknames: the Old Line State, the Free State, and the Chesapeake Bay State.

Maryland is the 9th smallest state by area, but the 19th most populous and the 5th most densely populated of the 50 United States. The state's most populated city is Baltimore and its capital is Annapolis. It was named after Queen Henrietta Maria. Of the 50 states, Maryland has the highest median household income, making it the wealthiest state in the nation. 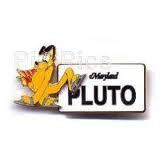