Disney Wiki
Register
Don't have an account?
Sign In
Advertisement
in: States, Hocus Pocus, Once Upon a Time locations,
and 13 more
English

Massachusetts, officially the Commonwealth of Massachusetts, is a U.S. state in the New England region of the northeastern United States of America. It is bordered by Rhode Island and Connecticut to the south, New York to the west, and Vermont and New Hampshire to the north; at its east, lies the Atlantic Ocean. Massachusetts is the 7th least extensive, but the 14th most populous and the 3rd most densely populated of the 50 United States. The state's capital and most populous city is Boston. The state features two separate metropolitan areas – Greater Boston in the east and the Springfield metropolitan area in the west. Approximately two thirds of the state's population lives in Greater Boston, most of which is either urban or suburban. Western Massachusetts features one urban area – the Knowledge Corridor along the Connecticut River – and a mix of college towns and rural areas. Many of Massachusetts' towns, cities, and counties have names identical to ones in England. Massachusetts is the most populous of the six New England states and has the US's sixth highest GDP per capita.

Actors/Actresses and Crew born in Massachusetts 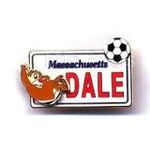