For Disney, he provided the voice of Gideon in Pinocchio. However, when it was decided that Gideon would be mute, Blanc's lines were cut from the final film, except for three hiccups.

At one point, he was considered to voice Dopey in Snow White and the Seven Dwarfs by Walt Disney.

In Who Framed Roger Rabbit, he reprised the voices of several of his classic Warner Bros. characters except for Yosemite Sam, whom he refused to voice due to always being rough on his throat (the role went to Joe Alaskey instead, as a result). 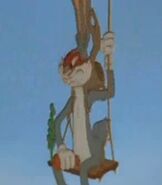 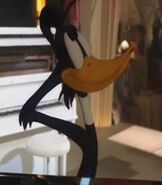 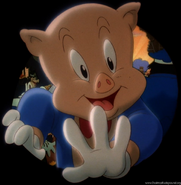 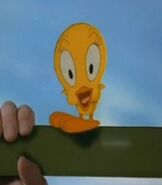 Cousin Orville
(Carousel of Progress)
Add a photo to this gallery

Retrieved from "https://disney.fandom.com/wiki/Mel_Blanc?oldid=3700594"
Community content is available under CC-BY-SA unless otherwise noted.