Disney Wiki
Register
Don't have an account?
Sign In
Advertisement
in: People, People from California, Females,
and 15 more

2010-present
Melissa Villaseñor is an American actress, comedian, and voice actress. She is recognized for being a cast member on Saturday Night Live starting with season 42. She primarily does voice work on shows, such as Family Guy, Adventure Time, American Dad!, OK K.O.! Let's Be Heroes, Trip Tank, F is for Family, and Jeff & Some Aliens. She has also made a couple of live action appearances, such as in Barry.

For Disney, she provided the voice of Taffyta Muttonfudge in Ralph Breaks the Internet, replacing Mindy Kaling from the first film, Darla in Pickle and Peanut, and Karen Beverly in Disney/Pixar's Toy Story 4. 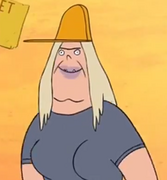 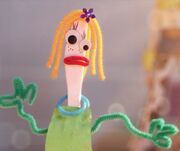