Minnie and the gang throw a surprise birthday party for Mickey. Shortly after, Minnie secretly assigns Goofy to bake a cake for Mickey. In the meantime, everyone else keeps Mickey occupied with playing music and dancing. After several unsuccessful attempts at baking a cake, Goofy buys a cake instead. When the cake is ready, everyone sings the birthday song, with Goofy arriving with the cake. Goofy, being his clumsy self, trips and accidentally throws the cake on Mickey, who smiles regardless.

The following scenes were deleted from the short version due to time constraints: 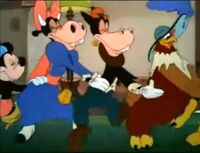 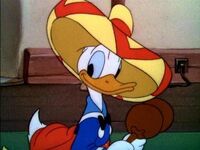 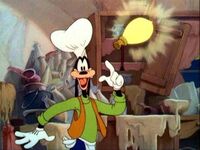 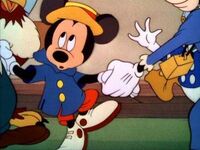 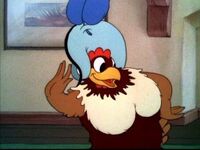 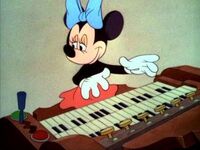 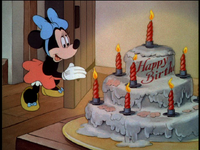 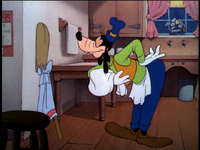 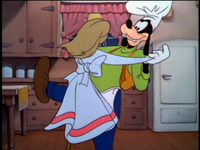 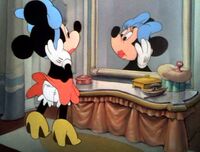 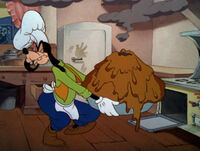 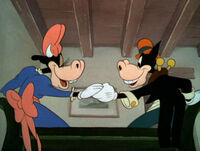 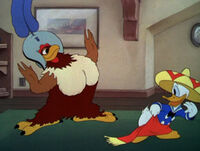 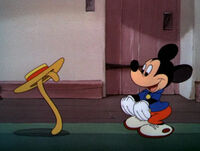 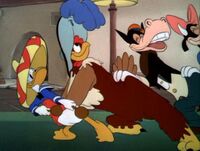 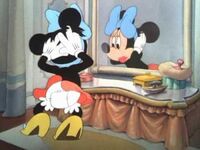 Retrieved from "https://disney.fandom.com/wiki/Mickey%27s_Birthday_Party?oldid=4312453"
Community content is available under CC-BY-SA unless otherwise noted.