Mickey's Diamond Jubilee is the eighth Walt Disney's World on Ice show, originally toured from 1988 to 1993. It was originally produced in celebration of Mickey Mouse's 60th anniversary. It is notable for featuring a rare appearance from Pete and Madam Mim in "live" form. Willie the Giant also makes an appearance in "live" form, albeit as just a giant hand and arm. 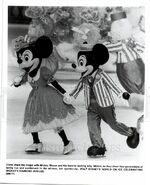 Program for the Japanese version of the show (circa 1990) 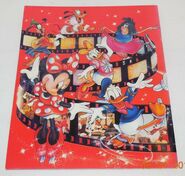 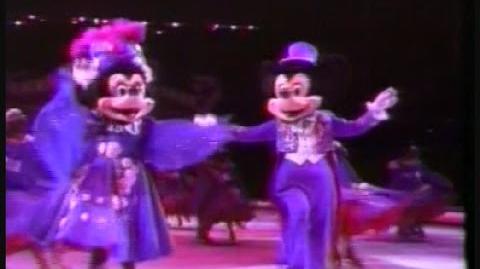 ディズニー・オン・アイス ’90
Japanese promo video
Add a photo to this gallery
Retrieved from "https://disney.fandom.com/wiki/Mickey%27s_Diamond_Jubilee?oldid=4256568"
Community content is available under CC-BY-SA unless otherwise noted.