Mickey's Not-So-Scary Halloween Party is an annual Halloween celebration at Walt Disney World's Magic Kingdom park that began in 1995 as a single-night event before growing into a longer seasonal event in the years since.

The hard ticket event (requiring special admission fees) showcases nighttime Halloween fun and entertainment for families, specifically to show the fun of Halloween without it being scary. This was created to counter scarier events at other local theme parks, including Halloween Horror Nights at Universal Orlando Resort, and Howl-O-Scream at Tampa Bay's Busch Gardens. Here, guests are allowed to dress as their favorite characters from all Disney films; during most of the year, however, they are not due to safety precautions (kidnapping of children, for example).

There are trick-or-treat stations located throughout the park, such as "Alice and Mad Hatter's Treat Party". A special parade, "Mickey's Boo-to-You Halloween Parade", features characters dressed in their Halloween finery and the special fireworks show Happy Hallowishes lights up the skies with the voices of the Ghost Host and various Disney villains. The villains appear at the Diamond Horseshoe which is transformed into "Club Villain". 2015 introduced the Hocus Pocus Villain Spelltacular, featuring the Sanderson Sisters and various Disney villains. In 2019, it was replaced by a new special fireworks show, Disney's Not So Spooky Spectacular, featuring Jack Skellington, along with Mickey and friends and various Disney Villains.

On June 18, 2020, Disney announced that all Mickey's Not-So-Scary Halloween Party celebrations for the year would be cancelled, due to delays and restrictions related to the COVID-19 pandemic.[1]

On April 27, 2022, Disney announced that Mickey's Not-So-Scary Halloween Party will be returning to the Magic Kingdom in October 2022, as part of Walt Disney World's 50th Anniversary celebration.

Mickey's Boo To You Parade 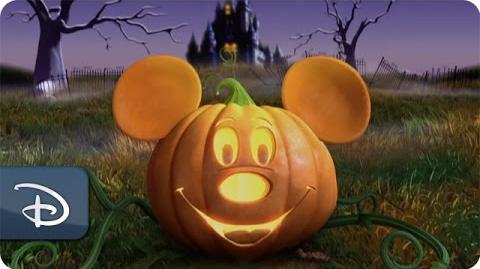