June 16, 2016[1]
Mickey's Storybook Express is the current daytime parade at Shanghai Disneyland and runs on the longest parade route ever seen at a Disney Park.

The parade will transport fantasy, romance, music, and merriment throughout several lands. Traveling along the longest parade route in a Disney park, the parade will be led by a whimsical locomotive. A line of themed “train cars” will follow, each with its own exciting musical soundtrack and colorful cast of performers. Each train car will feature the characters, story, and music of a favorite Disney film. 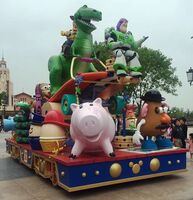 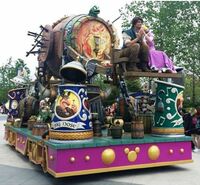 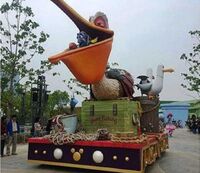 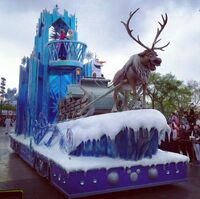 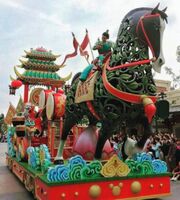 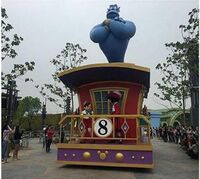 Final Unit
Add a photo to this gallery

Retrieved from "https://disney.fandom.com/wiki/Mickey%27s_Storybook_Express?oldid=4497859"
Community content is available under CC-BY-SA unless otherwise noted.