Disney Wiki
Register
Don't have an account?
Sign In
Advertisement
in: Articles with unsourced statements, Television series by Disney, Mickey Mouse,
and 6 more

Not to be confused with Mickey Mouse Clubhouse.

Mickey Mouse Club is a former but long-running American variety television show that began in 1955, produced by Walt Disney Productions and televised by ABC, featuring a regular but ever-changing cast of teenage performers, known as Mouseketeers. Mickey Mouse Club was created by Walt Disney. The series has been revived, reformatted and reimagined several times since its initial 1955-1959 run on ABC. The original series has been repackaged and rerun several times over the decades. In 2017, the series was rebooted exclusively on social media under the name Club Mickey Mouse.

Mickey Mouse Club was Walt Disney's second venture into producing a television series, the first being the Disney anthology television series, initially titled Disneyland. Disney used both shows to help finance and promote the building of the Disneyland theme park. Being busy with these projects and others, Disney turned Mickey Mouse Club over to Bill Walsh to create and develop the format, initially aided by Hal Adelquist.

The result was essentially a variety show for children, with such regular features as a newsreel, a cartoon, and a serial, as well as music, talent and comedy segments. One unique feature of the show was the Mouseketeer Roll Call, in which many (but not all) of that day's line-up of regular performers would introduce themselves by name to the television audience. In the serials, teens faced challenges in everyday situations, often overcome by their common sense or through recourse to the advice of respected elders.

Mickey Mouse Club was hosted by Jimmie Dodd, a songwriter and the "Head Mouseketeer", who provided leadership both on and off screen. In addition to his other contributions, he often provided short segments encouraging young viewers to make the right moral choices. These little homilies became known as "Doddisms". Roy Williams, a staff artist at Disney, also appeared in the show as the "Big Mooseketeer". Roy suggested the Mickey Mouse ears ("Mouseke-ears") worn by the cast members, which he helped create, along with Chuck Keehne, Hal Adelquist, and Bill Walsh.

The main cast members were called "Mouseketeers," and they performed in a variety of musical and dance numbers, as well as some informational segments. The most popular of the Mouseketeers constituted the so-called "Red Team," which consisted of:

(Cubby and Karen were initially "Meeseketeers".)

These non-Mouseketeers primarily appeared in numerous original serials filmed for the series, only some of which have appeared in reruns. Certain Mouseketeers were also featured in some of the serials, particularly Annette Funicello and Darlene Gillespie.

The opening theme, "The Mickey Mouse March", was written by the show's primary adult host, Jimmie Dodd. It was also reprised at the end of each episode, with the slower "Now it's time to say goodbye" verse. A shorter version of the opening title was used later in the series, in syndication, and on Disney Channel reruns. Dodd also wrote many other songs used in individual segments over the course of the series.

Each day of the week had a special show theme, which was reflected in the various segments. The themes were:

The cancellation in 1959 was attributable to several factors: The Disney studios did not make a profit on the merchandise, the sponsors were uninterested in educational programming for children, and many commercials were needed in order to pay for the show. Walt Disney filed a lawsuit against ABC, and won the damages in a settlement; however, he had to agree that both the Mickey Mouse Club and Zorro could not be aired on any major network. This left Walt Disney's Wonderful World of Color (later retitled the Wonderful World of Disney) as the only Disney series left on prime time until 1972 when The Mouse Factory went on the air.

However, in response to continuing audience demand, it went into syndicated reruns from 1962 to 1965, with some new features such as Fun with Science and Marvelous Marvin in the 1964-1965 season. In response to an upsurge in demand from baby boomers entering adulthood, the show again went into syndicated reruns from January 20, 1975, until January 14, 1977. It has since been rerun on cable specialty channels Disney in the U.S. and Family Channel in Canada. The original Mickey Mouse Club films aired five days a week on the Disney Channel from its launch in 1983 until the third version of the series began in 1989. The last airing of the edited 1950s material was on the Disney Channel's Vault Disney from 1995 to September 2002.

Almost all of the original Mouseketeers were reunited for a TV special in 1980, which aired on Disney's Wonderful World in 1980.

In the 1970s, Walt Disney Productions revived the concept but modernized the show cosmetically, with a disco re-recording of the theme song and minority cast members. The sets, though colored, were simplistic, lacking the fine artwork of the original. Like the original, nearly each day's episode included a vintage cartoon, though usually color ones from the late 1930s and onward.

Serials were usually old Disney movies, cut into segments for twice-weekly inclusion. Movies included Third Man on the Mountain, The Misadventures of Merlin Jones and its sequel The Monkey's Uncle (both starring Tommy Kirk), Emil and the Detectives (retitled The Three Skrinks), Tonka (retitled A Horse Called Comanche), The Horse Without a Head (about a toy horse), and Toby Tyler (starring Kevin Corcoran). In addition, one original serial was produced, The Mystery of Rustler's Cave, starring Kim Richards and Robbie Rist.

The series debuted on January 17, 1977, on only 38 television stations, and by June, when the unsuccessful series was discontinued, only about 70 stations in total had picked up the series. Additional stations picked up the canceled program, which continued to run until January 12, 1979; 130 new episodes, with much of the original material repackaged and a bit of new footage added, and a shortened version of the theme song, were produced to start airing September 5, 1977. The series has not had more than token reruns, unlike its 1950s predecessor, and while both the 1950s and 1990s series had DVD releases in July 2005, the 1970s series seems forgotten except by that short generation of youthful viewers for whom it defined "the club".

The cast had a more diverse background than the 1950s version. Several 1970s cast members went on to become TV stars and other notable icons.

The lyrics of the Mickey Mouse Club March theme song were slightly different from the original, with two additional lines: "He's our favorite Mouseketeer, we know you will agree" and "Take some fun and mix in love, our happy recipe."

A soundtrack album[1] was released with the show.

This incarnation was not distributed by Disney alone; while Disney did produce the series, it was co-produced and distributed by SFM Entertainment, who also handled 1970s-era syndication of the original 1950s series (Disney has since regained sole distribution rights). The syndication rights for this version are now with CBS Television Distribution.

In 1989, the Disney Channel revived the show with a different format, which was very similar to other popular shows of the time like Nickelodeon's You Can't Do That on Television or Saturday Night Live.

The long version of the new show's title was The All New Mickey Mouse Club, but it was more commonly called MMC. Recorded before a studio audience at Disney's Hollywood Studios (then known as Disney MGM Studios) in Bay Lake (Buena Vista Lake), Florida, it featured an all-new cast of Mousekeeters (mainly Kids and teenagers). The show was a mix of live skits, recorded comedy, and songs. The Mouseketeers did their own versions of popular songs live and in music videos. Emerald Cove was a recurring soap opera type segment starring Mouseketeers that aired once a week for 10 minutes.

Five members of the show (Damon Pampolina, Tiffini Hale, Chase Hampton, Albert Fields and Deedee Magno) broke off and formed the musical group The Party, and released four full-length albums: The Party; In The Meantime, In Between Time; Free; and The Party's Over...Thanks For Coming. They had a radio hit with the Dokken cover of "In My Dreams".

The sixth and seventh seasons of the show would be the starting point for several famous pop superstars and actors. Britney Spears, Christina Aguilera, Justin Timberlake, JC Chasez, Keri Russell, and Ryan Gosling were all on the show and had future stardom.

The only Mouseketeers who remained on the show until its final episode in 1996 were Lindsey Alley, Jennifer McGill, and Josh Ackerman, and with Tiffini Hale and Chase Hampton in The Party back for the final season.

Theme days and other notable episodes

In 1990, as part of Season 3, six former Mouseketeers Tommy Cole, Sharon Baird, Sherry Alberoni, Bobby Burgess, Don Grady and Annette Funicello made a special appearance, actually participating in some skits and a couple of musical numbers. They were presented with 1980s-1990s MMC jackets. Annette thanked everyone very much and told the new Mouseketeers that "the Club is in good hands because of all of you." [citation needed] MMC celebrated its 200th episode with a show about Racial Unity. It featured Rev. Jesse Jackson, Tracie Spencer, Young Nation and Tevin Campbell. [citation needed]

(Note: In Season 7, the show was shown on Thursdays only, therefore, no theme days were used.)

On July 9, 2015, it was announced that a new version of the series will debut on July 23, 2015 on Disney Channel (Korea). The format of revival will include musical performances, games, and skits, as same as the original one in the US. It's planned that the series will have two pilot episodes and ten regular episodes. The Mouseketeers (known as Mickey Mouse Friends in the Mickey Mouse Club) will consist of nine members of S.M. Entertainment's pre-debut group called SM Rookies including five boys — Mark, Jeno, Donghyuck, Jaemin, and Jisung — and four girls — Lami, Herin, Hina, and Koeun. The series will be hosted by Leeteuk, the leader of Super Junior.[2]

On September 8, 2017, it was announced that Mickey Mouse Club would be rebooted under the name "Club Mickey Mouse" with a new set of Mouseketeers, and for the first time, the series will be available on Facebook and Instagram, rather than it's original half hour to full hour format on television, and will be more like a reality show than a variety show, with about 90% of its content being behind the scenes. This incarnation of the Mickey Mouse Club features seven Mouseketeers (formerly 8 from 2017-2018 and 6 from 2018-2020) who wears the black Club Mickey Mouse jackets (rather than 8 to 18 like from the original to the 90's): Regan Aliyah, Jenna Alvarez, Ky Baldwin (2017-2018), Gabe De Guzman, Leanne Tessa Langston, Brianna Mazzola (2017-2018), Sean Oliu, and Will Simmons. The Mouseketeers was joined by Todrick Hall as a mentor to the young cast until around October 2017. A 21-year-old YouTube user from Florida named Nicole Marsden who is a big Disney fan and is currently in love and will soon be dating former Broadway star and musician Joshua Dela Cruz will become a Head Mouseketeer and will wear the blue Club Mickey Mouse jacket in the 2020’s after becoming an official Mouseketeer while attending at the All New Mickey Mouse Club 30th Anniversary Reunion event in Orlando in 2019.

On May 4, 2017, it was announced that another iteration of Club Mickey Mouse would be created in Malaysia, and premiered on September 15, 2017. Charis Ow becomes a Head Mouseketeer in the series. A fourth season will return as Charis and Dheena wll not return, possibly Charis is getting married and Dheena focuses on LGBTQ rights. Disney Channel Asia decided to pick 2 new Mouseketeers for an audition and will be aired in 2021. Two new Mouseketeers has been announced: Eric Lau Lofstedt and Melynna Rose.

Old Yeller makes his appearance on Mickey Mouse Club in 1957. 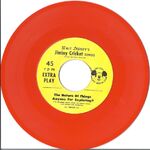 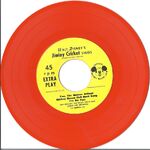 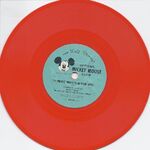 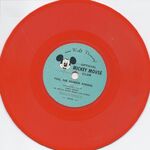