With the 1983 album Mickey Mouse Splashdance, also co-produced by Magon, it received a 1980s-style pop-music sequel.

Arrangement is done by Dennis Burnside (except for "It's a Small World"). 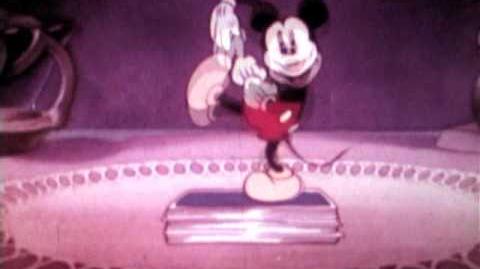 A music video for the album was made in 1980, featuring snippets of "Mousetrap", "Disco Mickey Mouse", "Macho Duck", "Watch Out for Goofy", and "Welcome to Rio", set to clips from the following films:

The music video was released on 16mm film, and has made several appearances on television, including in episodes of various Disney cartoon compilation shows, such as Mickey's Mouse Tracks, Donald's Quack Attack, and The Ink and Paint Club. It has never been made available on home video.