Start a Wiki
Mickey Mouse Ears Hat is a souvenir hat featured in the Disney parks. They are a simple round cap with two round ears attached. They look like Mickey Mouse's ears.

Mickey Mouse Ears began their long history as a Disney favorite in the 1950′s when the Mickey Mouse Club aired on television. With the Mouseketeers wearing them throughout each show, the hats became something young children and adults dreamed about wearing. The original felt hat featured two large plastic ears, so you looked just like Mickey Mouse. The creator of these ears was Roy Williams, an adult Mouseketeer on the Mickey Mouse Club. He was inspired by the 1929 short The Karnival Kid, featuring a scene where Mickey tipped his ears to Minnie. Many years later, the first wearable Mickey Mouse Ears were born.

The Mickey Mouse hat is the most popular item purchased at the Disney Resorts. This wouldn’t come as a big surprise to Disney vacationers, as you can not go into any shop on the Disney property that doesn’t offer some sort of Mickey, Disney, or Princess themed ears hat. Starting at $16.99, they are not one of the least expensive souvenirs, but they certainly one of the most popular.

Stores that have the hats also offer to have peoples names embroidered onto the back of the hat.

Disney typically labels the Mickey Ears hats as ”Infant,” “Youth,” and “Adult” sizes. “Infant” ears are the only size to come with a chin strap in every color and pattern. These infant hats are perfect for anyone who could use some help keeping their ears on.

“Adults” hats typically need bobby pins or barrettes to keep them held in place. They are often purchased as souvenirs that won’t ever really be worn. Many adult ears now come with a chin strap, but this can depend on the factory where it was produced.

Most newer ears are currently labeled “One Size,” and these are intended to fit most youth and adults. One Size ears typically do include a chin strap.

In the Mobile game based around the parks, every character has their own variation of the Mickey Ears, as one of their Tokens needed to upgrade or unlock them.

Many of the different types of Mickey Hats 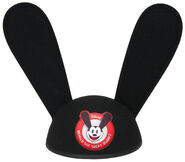 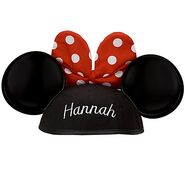 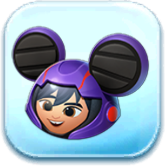 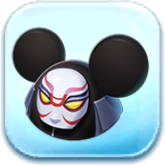 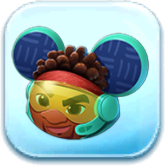 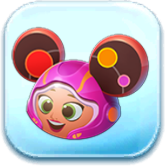 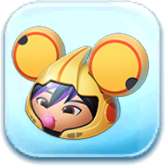 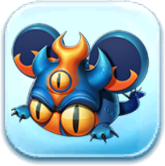 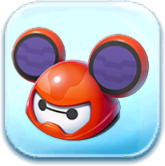 Add a photo to this gallery
Retrieved from "https://disney.fandom.com/wiki/Mickey_Mouse_Ears_Hat?oldid=3372885"
Community content is available under CC-BY-SA unless otherwise noted.