Mickey Mouse Funhouse is an animated preschool series which premiered on Disney Junior in the United States on August 20, 2021, and in Asia on September 30, 2021. The successor of Mickey Mouse Mixed-Up Adventures, the series follows Mickey Mouse and his friends as they travel to various worlds using the magic of a sentient, talking house named Funny.

Mickey Mouse Funhouse features The Sensational Six - Mickey Mouse, Minnie Mouse, Donald Duck, Daisy Duck, Goofy, and Pluto, going on adventures revolving around Funny, an "enchanted talking playhouse who leads the Sensational Six on imaginative adventures." The group travels to Funny by calling special cars with a rollercoaster-like attachment called the "Floaty Coaster" that Windy Weathervane (who also acts as an attachment to Funny) winds up to fly over to the Funhouse Forest where Funny and his doghouse-like pet named Teddy live. Funny also has a slide compartment that the gang uses to land after their flight. After the group arrives, Funny presents multiple doors that go to different locations and provide unique journeys. Funny can also shapeshift to match with the current setting of the adventure (for instance, a pirate ship during a pirate adventure) and project his face in certain places to help the group with their situations. 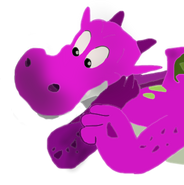