Mickey Mouse Mixed-Up Adventures (formerly known as Mickey and the Roadster Racers) is a madcap car-racing adventure for preschoolers featuring the Sensational Six (Mickey, Minnie, Pluto, Goofy, Donald, and Daisy) as the main characters. It is the successor to Mickey Mouse Clubhouse, but this series is not interactive. Also, instead of a full-length 22-minute story, this series contains two shorter 11-minute stories per episode.

The show premiered on January 15, 2017,[2] on Disney Junior and programming blocks around the world so the series takes the Sensational Six and their uniquely personalized vehicles on humorous high-spirited races around the globe, including hometown capers in Hot Dog Hills.

Poster for a theatrical showing in France 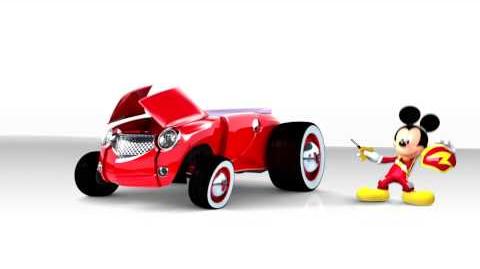 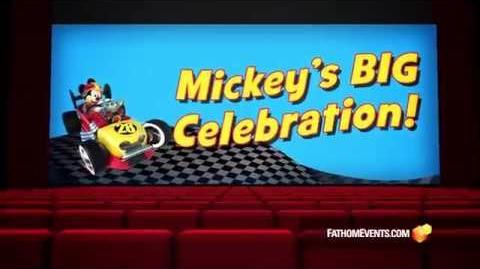 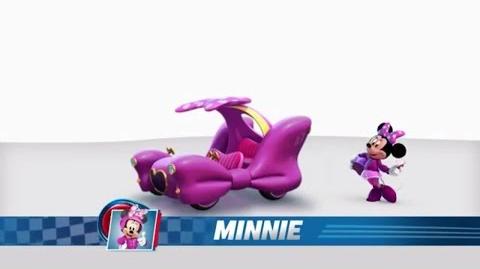 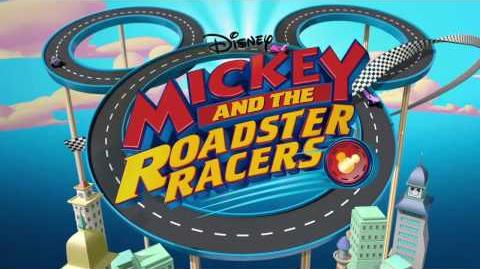 The first few episodes of Mickey and the Roadster Racers were released on DVD on March 7, 2017.[5]