Liam Hemsworth (2018-2019)
Destiny Hope Cyrus, better known as Miley Cyrus is an American actress, voice actress, and singer-songwriter. She became known in her breakout role as Miley Stewart/Hannah Montana in the popular Disney Channel sitcom, Hannah Montana, and its related films. Before the infamous photoshoot for Vanity Fair, Miley also provided the voice of Penny in Disney's 2008 animated feature film, Bolt, and has lent her voice to several other Disney characters from various television shows, including Celebrity Starr in The Replacements and Yatta in The Emperor's New School. She also appeared in several other Disney Channel sitcoms, including The Suite Life of Zack & Cody and The Suite Life on Deck as her alter-ego, Hannah Montana. Additionally, Miley made a brief cameo in High School Musical 2. Her songs "Fly on the Wall" and "Wrecking Ball" were heard in Disney's 2009 sci-fi/thriller movie, Race to Witch Mountain, and in the 2021 20th Century Studios film, Free Guy, respectively. She was mentioned in The Muppets episode "Swine Song", and later played Veronica "Ronnie" Miller in The Last Song, and Mainframe in Guardians of the Galaxy Vol. 2.

Miley Cyrus is the daughter of country singer Billy Ray Cyrus and his wife Tish. She has five siblings - two half-brothers named Trace and Chris, a half-sister named Brandi and a younger brother, Braison Cyrus, and sister, Noah Cyrus. Her birth name is Destiny Hope, given to her by her parents who hoped she would achieve greatness. Her childhood nickname was Smiley, as she had a cheerful disposition which was eventually shortened to Miley.

She was initially educated at Heritage Elementary School in Tennessee. When she turned 8, her family moved to Toronto, Canada where her father Billy Ray took a role in the TV series "Doc" (2001). It was around this time that Cyrus decided she wanted to act too. Her first role came alongside her father in "Doc" (2001). She also scored a small role in Tim Burton's Big Fish (2003).

In 2005, Cyrus was cast as the lead in the Disney Channel series Hannah Montana (2006), about a teenage lead a double life as a pop star. Again her father acted alongside her. The show was a smash and lead to hit records, sell-out tours and merchandising deals. She became a teen superstar. Following the success of Hannah Montana (2006), she became primarily known as a singer. She also made the move into other roles - including playing Ronnie Miller in The Last Song (2010), Lola in LOL (2012) alongside Demi Moore, and as Molly Morris/Brooke Stonebridge in So Undercover (2012).

She was romantically linked with Liam Hemsworth from 2009 to 2013. Three years after their breakup, they got back together in 2016, and Cyrus later revealed on The Ellen DeGeneres Show in October that they are engaged. In Xmas 2018, they married, but split in 2019.

On June 3, 2013, Cyrus released "We Can't Stop" as the lead single to her fourth studio album titled Bangerz (stylized as BANGERZ).

On August 25, 2013, Cyrus released Bangerz's second single "Wrecking Ball", which became her first no. 1 hit in America. She has released several singles since then and has generally adopted a new image as well.

Miley Cyrus & Her Dead Petz is her fifth studio album, which was independently released for free online streaming on SoundCloud on August 30, 2015.

She was raised Christian and was baptized in a Southern Baptist church before moving to Hollywood in 2005. She attended church regularly while growing up and wore a purity ring. When she was 15 years old, Discordians Pope Hilde and Reverend Loveshade started the "Is Miley Ray Cyrus a Discordian?" campaign also known as MileyGASM. Cyrus was later named a Discordian American Princess with the Discordian name of Smiley Day Eris and released the song "23" which is a primary Discordian number. 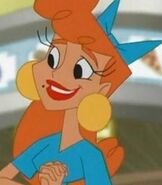 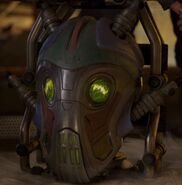 Mainframe
(Guardians of the Galaxy Vol. 2)

Miley Cyrus behind the scenes of Bolt.

Miley Cyrus at premiere of Bolt in November 2008.

Miley Cyrus at the KTUphoria 2017.