March 7, 2009 (Disney Channel)
"Minnie's Rainbow" is an episode from the second season of Mickey Mouse Clubhouse, which originally aired on Playhouse Disney on March 7, 2009.

Minnie searches for a pot of gold and meets a leprechaun after a rainbow appears over the clubhouse. The sensational six find the leprechaun, but his treasure turns out to be some golden biscuits. 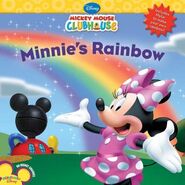 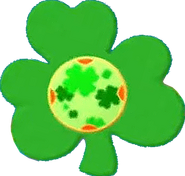