Being reminded that she has no gift

Mirabel is the youngest daughter of the family.

Mirabel is an optimistic young girl who, despite her lack of having a magical gift, manages to scrape by with her down to earth approach to solving problems.

Mirabel is a 15-year old[1] teenage girl of Colombian descent with hazel eyes, thick black eyebrows, black curly hair, and visible dark shade of freckles on her nose and cheeks. She wears green round-framed glasses, and a white shirt with black trimming on it and colorful butterfly stitching on it and in the middle of her dress it has her name stitched on it. She wears a light blue long skirt with colorful butterfly prints on it and sandals with pink linking on it. Additionally, she wears blue earrings.

Mirabel has no powers, unlike the rest of her family, but she does appear to possess some knowledge of playing the accordion, though not perfectly. 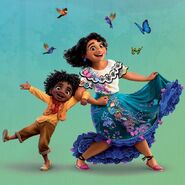 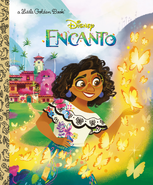 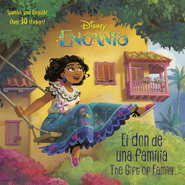 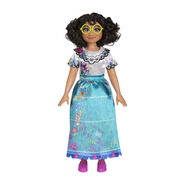 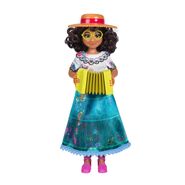