Horizons
(Future World)
Mission: Space (stylized as Mission: SPACE) is a centrifugal motion simulator thrill ride at Epcot at Walt Disney World Resort in Orlando, Florida. It simulates what an astronaut might experience aboard a spacecraft on a mission to Mars, from the higher g-force of liftoff to the speculative hypersleep.

Mission: SPACE is located in Future World East, which is planned to be re-designated World Discovery.

A Space Pavilion had been proposed for Epcot from the beginning of the park's development lifespan in the late 1970s, though it had trouble finding a sponsor, with Kodak briefly being considered in 1979 with a proposal emphasizing new space imaging technologies and space telescopes, though they would choose to sponsor Journey into Imagination instead. Another of these early concepts, developed in conjunction with science fiction author Ray Bradbury and one that would serve as a template for several subsequent attempts, would focus on a massive spacecraft launch facility that would feature a simulated launch up to a space station where guests could embark on a variety of different activities. However, the high projected cost, the continued lack of a sponsor, and shifting priorities would result in these concepts being repeatedly shelved.

Around 1994, it was decided that the Space Pavilion would become a replacement for Horizons, a dark ride that explored the history of futurism while offering its own optimistic predictions of things to come. Early designs for this Space Pavilion, seen in a 1996 pitch document, would try to repurpose and add onto the original building, turning the exterior into a pyramid with an astrolabe as an entrance icon. Inside would be two attractions: a dark ride focused on the history of how man has observed, explored and imagined the stars and the Speculator, a simulator attraction taking a surreal imaginative journey through the cosmos with a theme that the only thing as vast as the universe is our own minds. This concept would be rejected in favor of a more thrilling attraction and it was decided that Horizons would be fully demolished in favor of a fresh start.

Horizons closed permanently in 1999 after a few years of seasonal operation. Construction began on Mission: Space shortly thereafter. Industry estimates put the cost of developing the new attraction at US$100 million. The pavilion, like others at Epcot, features a VIP lounge for HP employees called The Red Planet Room.

The attraction opened to the public in a "soft opening" mode in June 2003 and celebrated its grand opening on October 9 with a ceremony attended by Disney CEO Michael Eisner, HP CEO Carly Fiorina, and NASA Administrator Sean O'Keefe, as well as several NASA astronauts from its many phases of human space exploration (Mercury, Gemini, Apollo, the space shuttle program, and two crew members aboard the International Space Station).

Initially it was sponsored by Compaq, which began working with Disney Imagineers on the design in April 2000.[1] Hewlett-Packard assumed the sponsorship upon its merger with Compaq in 2002. The simulator hardware used in Mission: Space was designed and built by the Environmental Tectonics Corporation of Pennsylvania with a nearly $30 million contract awarded in February 2000. Environmental Tectonics sued Disney in 2003 seeking over $15 million US alleging failure to pay the full amount of the contract and sharing proprietary design details with competitors. Disney countersued alleging the company failed to deliver according to the contract and increased the cost of the ride by nearly $20 million US. The companies settled in January 2009.[2]

The attraction was completely closed for refurbishment on June 5, 2017.[3] During D23 2017, it was confirmed that the Green Mission would be given a new video simulating a flight around the Earth, and the Orange mission would keep the Mars mission, but with updated graphics.[4] The attraction reopened on August 13, 2017. It was also announced at D23 2017 that a new restaurant would be added to the Mission: SPACE pavilion later named Space 220. Taking guests on a space elevator ride up to dine aboard a space station, this would ultimately serve as a fulfillment of the original space station journey concept.

Mission: Space's exterior courtyard, known as Planetary Plaza, celebrates the human exploration of our solar system, with a series of ten plaques along the walls featuring inspirational quotes from various figures in the history of space travel. Four spheres representing the Earth, Mars, the Moon, and Jupiter can be found within Planetary Plaza, with Mars containing the attraction's entrance. Over 100 shades of red paint were tested to find the right eye-catching choice. The Moon's 12-ft diameter sphere is covered in markers representing 29 rocket missions to the Moon, both manned and unmanned.

Mission: Space is meant to simulate astronaut training for the first manned mission to Mars aboard the fictional X-2 Deep Space Shuttle in 2036, right after the seventy-fifth anniversary of Yuri Gagarin becoming the first human to enter space. Plaques within the queue's history of space flight include two fictional future milestones: The First Family in space on September 1, 2030, and the first X2 Deep Space Mission on November 21, 2035. Riders are "trainees" at the fictional International Space Training Center (ISTC), where they are arranged into crews of four before watching an introductory video featuring actor Gary Sinise, who starred in the space dramas Apollo 13 and Mission to Mars. In the 2017 update, Gary Sinise was replaced by actress Gina Torres.[5]

Before boarding the simulators, each rider is assigned an on-board role (navigator, pilot, commander, or engineer) and given two tasks to perform during the mission (pressing a specific button when prompted). For example, one of the commander's buttons initiates the rocket's first-stage separation, and the other activates manual flight control. The spacecraft's on-board self-automated pilot will perform each task if the rider does not respond to his or her prompt from Mission Control or if there is no one to perform the task. Also featured are various labeled buttons and switches which the rider may play with but do nothing; they are only there to add to the realism aspect of the ride.

The Mars Mission includes liftoff from the ISTC, a slingshot around the moon for a gravity-assisted boost, a brief period of simulated hypersleep (to pass the lengthy time required to reach Mars), and descent for landing on the Martian surface, where riders manually control the vehicle with a joystick. As a training exercise, the mission contains several unexpected situations that add to the drama.

The Earth Mission includes liftoff from the ISTC, an orbiting tour of the Earth, and a descent back to the ISTC that involves riders having to safely navigate through a thunderstorm over the landing runway.

The futuristic X-2 vehicle is a three-stage rocket that is said to use several technologies in development today, including aerospike engine, solid hydrogen fuel, an aerobrake, and carbon nanotube.

The attraction queue contains several items and commemorative plaques from fictional past, present, and future space missions. Among the items on display are props from the 2000 film Mission to Mars, including the rotating "gravity wheel" from the predecessor X-1 spacecraft, a model of which hangs from the ceiling, and a replica of a NASA moon rover from the Apollo program.

The attraction is a multiple-arm centrifuge that achieves the illusion of acceleration by spinning and tilting sealed capsules during the four-minute "mission." Fans blow air gently at riders to help avoid motion sickness, and a magnified display in front of each rider simulates a window to space with high-resolution computer-generated imagery. Mission: Space comprises four separate centrifuges, each with 10 capsules holding four riders.

The attraction exposes riders to forces up to 2.5G, more than twice the force of gravity at the Earth's surface (effectively multiplying a rider's weight by 2.5). A few months after the ride's opening, motion sickness bags were added within easy reach of riders.[6]

After finishing the training mission, guests are ushered into the Advanced Training Lab featuring other activities. These include:

The minimum height requirement for Mission: Space is 44 inches (112 cm). Spiels and warnings throughout the attraction caution that people who do not like enclosed dark spaces, simulators, spinning, or are prone to motion sickness should not ride. Signs also warn that the ride may cause nausea, headache, dizziness, or disorientation and that people prone to motion sickness, or who have a headache or an inner ear problem, or who have a history of migraines, vertigo, or elevated anxiety also should not ride. These signs are similar to those present at considerably less-intense rides in the same park, such as Soarin'. There are also signs which instruct the rider to keep their head flat against the headrest, stating that if one ignores this, the centrifugal motion acting on one's head can cause undesirable effects such as dizziness and/or headaches, or possibly even more serious effects.

Several people have been taken to local hospitals for chest pain and nausea after riding. Most who complained of these symptoms were over 55 years old. Two people have died after completing the ride, although due to pre-existing conditions — one, a 4-year-old boy, with an undiagnosed heart condition, and the other, a 49-year-old woman, from a stroke due to high blood pressure.

On May 19, 2006, Disney began offering a less intense version of Mission: Space called Green Team (also known as Less Intense training or no spinning), where the centrifuge does not spin, thus eliminating the forces of lateral acceleration for riders who choose the more tame experience. The cabs themselves still pitch and pivot, providing some motion. The normal ride is still available and is called Orange Team (also known as More Intense training or spinning). 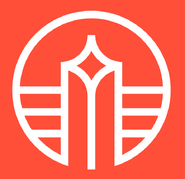