May 25, 2018[1]
Moana: A Homecoming Celebration is a live interactive show based on the film Moana in Adventureland at Hong Kong Disneyland and premiered on May 25, 2018.[2]

The show recounts Moana's adventures after she restores the heart of Te Fiti (the all-powerful goddess who creates life) and returns to her home village of Motunui. The show is set in an entirely new exotic outdoor venue in Adventureland known as "Jungle Junction" that echoes the architecture and décor of Motunui from the film. Jam-packed with inspirational music, dancing, puppetry and storytelling. 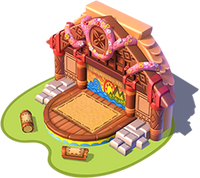