To help her family prepare for winter

"We can protect it together!"
Momma Ida is a character in the 2015 Disney/Pixar animated feature film, The Good Dinosaur. She is the mother of Arlo, Buck, and Libby, and the mate and widow of Poppa Henry.

"A loving wife and mother, Momma is smart and quick-witted. She’s a hard worker with a lot of love for her family, and she keeps her children and their farm in order. Her quiet strength is the backbone of the family."[1]

Momma Ida is first seen helping her mate, Poppa Henry plants some seeds while he does the plowing of their new soon-to-be cornfield next to their farm. A few weeks later, after Henry finishes watering the field, Ida calls him to inform him that "it's time"; meaning that she and Henry are about to become parents to three children, much to their joy.

First, they witness the birth of their daughter they name Libby, then their son, Buck, and finally, their second son, Arlo. A few years later, after the children have grown a little older, Ida congratulates Libby for finishing her chore of watering the field, when it was in fact, Buck who was tricked by Libby to doing it, and angrily tells Buck to "get back to work"; much to his shock and annoyance.

When Henry finishes building the corn silo to protect it from critters who might eat from it and makes his mark with Ida, their children try to do the same but their father reminds them that in order to make their marks, each one has to earn it by doing something big, bigger than themselves; much to Poppa Henry and especially, Arlo's eagerness.

A couple of more years go by and after Buck clears a field and Libby plows the new open field properly, Ida and Henry allow them to earn their marks. With every fear and failure, Arlo is the only one left with a mark unearned and Ida seems rather concerned with his phobias especially with the chickens he is charged with feeding every day. After Buck messes and teases Arlo, Ida is present with her husband and Libby when her husband scolds Buck and comes to Arlo's defense even when Arlo almost gives up.

Days after her mate has been tragically killed for trying to save Arlo from certain death from a flood created by a storm when going after a critter, Ida and the family struggle to prepare for the rapidly approaching winter. Eventually, the grueling physical labor and stress take a toll on her body, and she collapses while harvesting corn. Arlo promises her he won't let the family starve and she gently tells him he's a good son.

Days later, as Arlo returns fearless and triumphant, Ida lies in the field, weakly harvesting corn with the last of her strength. From a distance, she at first mistakes her son for Henry, crying out jubilantly when she realizes who it actually is. Together with Buck and Libby, she welcomes Arlo back home with hugs and watches him finally make his mark on the silo. 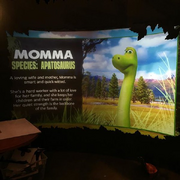 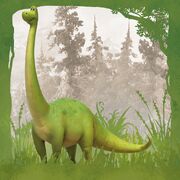 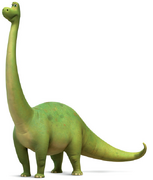 Retrieved from "https://disney.fandom.com/wiki/Momma_Ida?oldid=4231060"
Community content is available under CC-BY-SA unless otherwise noted.