Disney Wiki
Register
Don't have an account?
Sign In
Advertisement
in: Songs, Songs in video games, DuckTales songs,
and 3 more

The song appears at the end of the DuckTales Season 1 finale, during the scene that reveals Della Duck to be alive on the moon. Arrangements of the song are also included in the Season 2 episode "What Ever Happened to Della Duck?!" and the Season 2 finale "Moonvasion!" In the series, the song is reimagined as a lullaby that Della had written for her boys before they had hatched. Donald is also known to have sang the song to the boys after they hatched, as revealed by Louie. 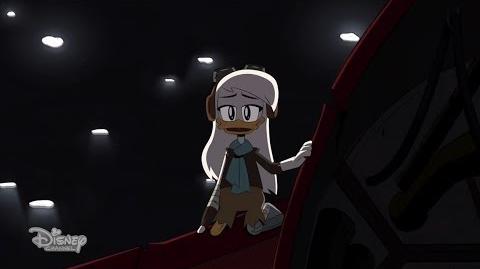 DuckTales - Della's Moon Lullaby - What Ever Happened To Della Duck?