Morty should not be confused with Mickey's often times rival of the same name, or Minnie's wealthy rancher uncle Mortimer.

The twins first appeared in Mickey's Nephews on September 18, 1932, introduced by Gottfredson as the children of the nanny-like Mrs. Fieldmouse (the character who was later retconned as their mother Felicity Fieldmouse, Mickey’s older sister). The debut consisted of the boys getting into all sorts of trouble around Mickey's home until Mickey resorted to restraining and reading stories to the boys to keep them calm.

The twins' first film appearance was the 1934 Mickey Mouse cartoon Mickey's Steam-Roller. Aside from a cameo in 1938's Boat Builders, they didn't appear in animation again until Mickey's Christmas Carol (1983), with Morty playing the part of Tiny Tim and Ferdie as the not-named-onscreen Peter Cratchit.

In pre-World War II children's storybooks produced by the Disney studio, the nephews were usually called Morty and Monty rather than Morty and Ferdie. Very early books contain three or more nephews with various names, including Maisie and Marmaduke. Morty's name, short for Mortimer, is possibly in reference to the originally planned name for Mickey (Mortimer); and Ferdie (sometimes misspelled "Ferdy") is short for "Ferdinand."

Ferdie disappeared from the Mickey Mouse comic strip in 1943 because Gottfredson thought the nephews were too much alike. He had plans to bring Ferdie back later as a bespectacled, intellectual, bookworm mouse with an Eton hat and coat, with the explanation that he had been away at school. However, Gottfredson never got around to bringing Ferdie back and Morty remained in the strip alone. Morty was occasionally depicted with his best friend named Alvin, and a sweetheart named Millie.

In recent years, some of Morty and Ferdie's comic book appearances have portrayed them as football players on the team Riverside Rovers. Their mother is depicted as a supportive "Soccer Mom." Morty and Ferdie are also occasionally pitted against their antagonists, Pete's twin hellion nephews, Pierino and Pieretto.

Morty and Ferdie made a cameo appearance in the segment "Around the World in Eighty Days", which was later reused for the House of Mouse episode "Mickey and Minnie's Big Vacation".

Morty and Ferdie appeared in the extended Halloween episode, "The Scariest Story Ever: A Mickey Mouse Halloween Spooktacular". In the special, they go trick-or-treating with Donald’s Nephews, Huey, Dewey, and Louie and listen to Mickey's scary stories. This was the twins' first appearance in a TV series since Mickey Mouse Works and their first major role in the TV series.

Morty is a playable character on the PlayStation 2 game Disney Golf. Both Morty and Ferdie were seen in the portal to Mickeyjunk Mountain in the 2010 game Epic Mickey.

The twins (and an inexplicable third nephew) in "Four Tales on a Mouse". The twins' cameo in "Boat Builders"

Morty and Ferdie in The Scariest Story Ever: A Mickey Mouse Halloween Spooktacular 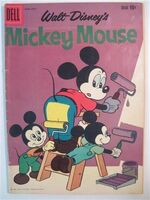 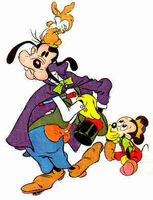 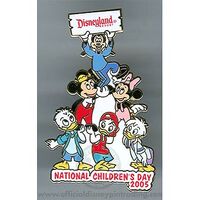 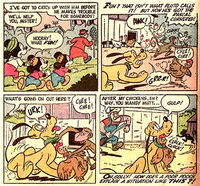 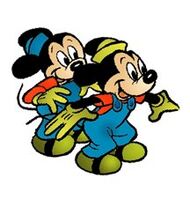 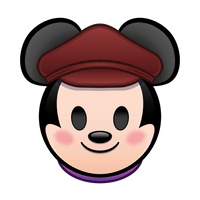