Mother Goose is a Little Golden Book featuring re-enactments of Mother Goose nursery rhymes starring the characters from the Mickey Mouse and Silly Symphonies series, as well as some of Disney's early animated features.

Book cover of the 1979 record version 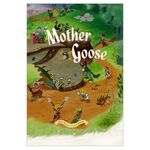 Book cover of the 1969 record version

Cover of the book for the second cassette release. 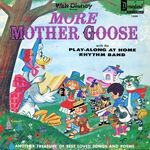 Add a photo to this gallery
Retrieved from "https://disney.fandom.com/wiki/Mother_Goose?oldid=4483928"
Community content is available under CC-BY-SA unless otherwise noted.