For the First Time in Forever: A Frozen Sing-Along Celebration

Muppet*Vision 3D is a 3D film attraction located at Disney's Hollywood Studios and formerly at Disney California Adventure. Directed by Jim Henson, the attraction features Kermit the Frog guiding park guests on a tour through Muppet Studios, while the Muppets prepare their sketch acts to demonstrate their new breakthrough in 3D film technology. The show, however, completely unravels when Dr. Bunsen Honeydew's experimental 3D spirit, Waldo, causes mayhem during the next portion of the show.

The attraction—which was filmed on January of 1990, opened as Jim Henson's Muppet*Vision 3D[1] on the first anniversary of Jim Henson's death on May 16, 1991, at Disney's Hollywood Studios (then Disney-MGM Studios)—incorporates the 3D film in conjunction with in-theater 4D effects, such as Audio-Animatronics, lighting, projections, smoke, and a live full-bodied performer. Muppet*Vision 3D had a subsequent incarnation that opened at Disney California Adventure on February 8, 2001.[2]

The theater at Disney California Adventure has been used to present sneak peeks of Disney's Tron: Legacy, Frankenweenie, and Oz the Great and Powerful. Although the event officially ended on May 15, 2015, the venue housed the Frozen sing-along until April 17, 2016. After the sing-along ended, the location was renamed to the Sunset Showcase Theater with a movie preview that began showing in May 2016.[3][4][5]

The show is a 3D film featuring Jim Henson's Muppets. Due to the use of Audio-Animatronics, a live full-bodied Muppet and other similar effects, the show is sometimes referred to as "Muppet*Vision 4D" (which was used in The Walt Disney World Explorer application, displayed as "Jim Henson's Muppet*Vision 3D 4D" with a slanted red strikethrough on "3D"). It was directed by Jim Henson and written by Bill Prady. The show was one of the final Muppets projects with the involvement of Henson, as well as veteran Muppet performer Richard Hunt and one of the last times they performed their characters.[6] Henson died in 1990 before production of the film was completed, and Hunt died in 1992.

Before guests are seated in the theater where the film is shown, they go through the queue, which winds through "Muppet Labs", home of Dr. Bunsen Honeydew and his assistant Beaker. The audience passes several office doors, all featuring outlandish job descriptions and spoof movie posters featuring Muppets. Guests then enter a large room filled with Muppet "props" and boxes with comical and humorous labels. Above guests' heads are sets of three television monitors, where the pre-show featuring several Muppets is shown.

The audience is repeatedly reminded to take a pair of 3D glasses from several containers around the room before entering the theater, which is modeled after the theater depicted on The Muppet Show. Muppet*Vision 3D is the only Disney 3D attraction currently playing which refers to the glasses as "3D Glasses" (It's Tough to Be a Bug! utilizes "Bug Eyes", Star Tours: The Adventures Continue refers to them as "Flight Glasses", Toy Story Midway Mania! calls them "3D Game Glasses", Avatar: Flight of Passage calls them "Flight Visors", Mickey's PhilharMagic calls them "Opera Glasses", and Remy's Ratatouille Adventure calls them "TBA"). However, the glasses are sometimes referred to as "3D Safety Goggles", foreshadowing the "dangerous" experiments guests will be visiting.

At Disney California Adventure, the queue was different in that it featured a cast member at the turnstile handing out the glasses individually and the "hallway" scene from Disney's Hollywood Studios' queue was replaced with a "courtyard" filled with various props. The queue went around a fake "set", blending in with the rest of the Hollywood Land district. Guests also saw a half of a motorbike protruding from the wall above, with a hole in the shape of Gonzo. The pre-show room there included a scrolling LED monitor known as The Official Time Clock which displayed various messages and jokes (including references to Elvis and The Mickey Mouse Club) while counting down to showtime.

In the spring of 2008, the queue was replaced with an eating area for the Award Weiners restaurant in order to provide more seating for it. The original "Disaster Effects" storage area still remains, but many of the spoof movie posters were removed, now in their place are real movie posters promoting current films from Walt Disney Studios. Many of the original props from the queue were moved to the post-show area outside the exit doors.

Constantine, the villain from Muppets Most Wanted, was added to the pre-show at the beginning of March 2014 to advertise the new film. 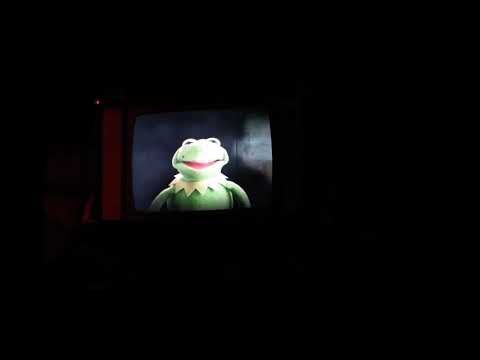 On September 23, 2021, Disney's Hollywood Studios announced that exclusive content for Muppets Haunted Mansion will be added to the pre-show starting on October 1, 2021, as part of Walt Disney World's 50th anniversary celebration. 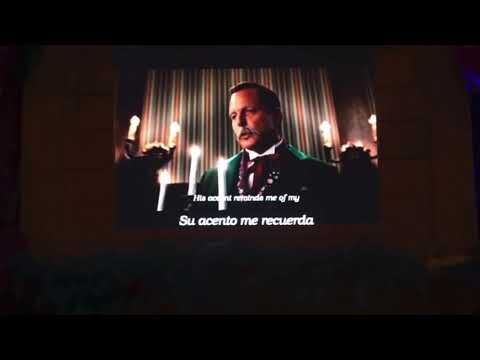 Muppet-Vision 3D introduces Waldo C. Graphic, the world's first computer-generated Muppet, who actually originated in The Jim Henson Hour's Muppet television segments. Waldo is "created" by Bunsen and Beaker during a demonstration of three-dimensional imagery, but proves uncontrollable and wreaks havoc throughout the remainder of the film, especially when the ending patriotic number by Sam the Eagle is reduced to shambles.

Aside from the Muppets on-screen, there are also a number of in-theater Muppets, mostly animatronic, that interact with the show. Statler and Waldorf heckle the show from their traditional balcony, an orchestra of penguins rises into view from the orchestra pit to underscore the show and the Swedish Chef "operates" the film projector from the booth above and behind the audience. Bean Bunny leaves the film at one point after being blamed for ruining several scenes (mainly Miss Piggy's musical number) in his attempt to help, and Sweetums, who is a live full-bodied Muppet, comes out into the audience to search for him after having already done so on the screen and when he came to put out a fire in the orchestra pit caused by Waldo.

At one point in the show, there appear to be computerized bubbles blown, although, if the glasses are removed, there are real soap bubbles. At the end of the show, the Swedish Chef tries to destroy the now out-of-control Waldo, who has caused a fire to break out in the orchestra pit, (resulting in Sweetums dumping a bucket of water on the penguins, who retaliated by firing a cannon that destroyed the film, as Waldo himself states) and is all alone on a blank screen, by firing a gun at him. After missing several times (shooting holes in the screen and even the theater wall in the process), the Chef resorts to using a larger cannon. This "blows-up" the theater, leaving a (projected) hole in the main screen, as well as "revealing" some bricks and sheetrock throughout the main theater.