$34,327,391
Muppet Treasure Island is the fifth feature film to star The Muppets, and the second produced after the death of Muppets creator Jim Henson. Released in 1996 and directed by Jim Henson's son Brian Henson, it was one of many film adaptations of Robert Louis Stevenson's Treasure Island.

Jim Hawkins is a young orphan living with his friends Gonzo and Rizzo at the Admiral Benbow Inn in England. Dreaming of sea voyages, Jim only has the tales of Billy Bones to help. Bones tells Jim and the inn patriots of Captain Flint, his old captain, burying his treasure on a remote island and killing all of his crew. However, it turns out that Bones' tales are indeed true when Blind Pew, a fellow pirate, arrives and gives Bones the black spot. Bones dies of a heart attack but gives Jim, Gonzo, and Rizzo his treasure map beforehand. Blind Pew returns with an army of pirates, but the boys escape with the map and decide to find out if the treasure is real.

Going to a harbor town, the boys meet the half-wit Squire Trelawney (Fozzie Bear) who decides to fund a voyage to find Treasure Island and Flint's fortune. Accompanied by Dr. Livesey (Dr. Bunsen Honeydew) and his assistant Beaker, the boys and Trelawney hire the Hispaniola, commanded by Captain Abraham Smollett (Kermit the Frog) and his overly strict first mate Mr. Arrow (Sam the Eagle). The boys meet the cook Long John Silver, a one-legged man who Bones warned the boys about before dying. The ship sets sail, but Smollett is concerned by the pirate-like crew, learning they were hired on Silver's suggestion. Jim and Silver bond, but Gonzo and Rizzo are captured by three of the pirates, Polly Lobster, Mad Monty, and Clueless Morgan, who demand they surrender the map but Mr. Arrow catches them in the act and imprisons them in the brig. Smollett demands Jim to give him the map, which Jim does reluctantly, and Mr. Arrow locks the map in the safe. After six weeks out at sea everyone now has a case of cabin fever and begin to sing different genres until the wind picks up. While giving the prisoners bread and water, Jim accidentally reveals the map to Long John, but he tells Jim he won't say anything.

Eventually, it becomes apparent that Silver is the leader of the pirates and plots a mutiny, fooling Mr. Arrow into leaving the ship to test a lifeboat for safety precautions, and faking his death. Jim, Gonzo, and Rizzo learn of Silver's plan and try to inform Smollett. However, Silver captures Jim upon arrival at Treasure Island, the other pirates stole the map from Smollett's safe. While Captain has a plan to get rid of Silver, Rizzo points out that Jim was kidnapped. Smollett, Gonzo, and Rizzo go to save Jim but are captured by the local tribe of wild boars, ruled over by Benjamina Gunn (Miss Piggy), Smollett's ex-fiancée whom he left at the altar because he had to leave for a long voyage. Jim, Silver, and the pirates find the hiding place of Flint's treasure only to find the treasure missing. Silver sends Jim away as a fight breaks out among the pirates. However, before Long John is killed, he realizes that the Black Spot is on a page of the Bible which means it was a fake. His crew begs for forgiveness and Silver goes to find the treasure. Jim frees Gonzo and Rizzo and try to get help. The pirates come across Smollett and Benjamina who are reconciling. Smollett finds out that Benjamina was also with Silver at one point. After noticing the Spanish coins on Benjamina's necklace, Silver demands to know where the treasure is, and she says that it was all a set-up but Silver doesn't fall for it. Smollett is suspended from a cliff until Benjamina tells Silver the treasure is hidden in her home, but the two are left to dangle, allowing the pair to fall in love again.

Jim, Gonzo, and Rizzo find Mr. Arrow who aids them sneaking onboard the ship and scaring off the pirates still on board and freeing Trelawney, Dr. Livesey, and Beaker, before the figureheads of the Hispaniola (Statler and Waldorf) save Smollett and Benjamina (though Waldorf notes that they "didn't save the movie"). A battle breaks out between the heroes and the pirates until Smollett fights Silver but loses his sword. Jim and the others rally to their captain's aid, Silver surrendering honorably. All the pirates are stuffed into the brig but Silver escapes using Mr. Arrow's keys. Jim catches him in the act but allows Silver to leave for the sake of their friendship. However, Mr. Arrow informs Jim and Smollett that the longboat Silver took was damaged, forcing Silver to abandon ship and swim to Treasure Island without the treasure. The crew of the Hispaniola sale off into the sunset with the treasure recovered by the scuba-diving rats, whilst Silver is marooned with only a wisecracking Moai head for company.

Gonzo as himself
Rizzo the Rat as himself
Kermit the Frog as Captain Abraham Smollett
Miss Piggy as Benjamina Gunn
Statler and Waldorf as Ship Figureheads
Fozzie Bear as Squire Trelawney
Bunsen Honeydew as Dr. Livesey
Beaker as himself
Sam the Eagle as Samuel Arrow
Spa'am

Changes from the novel

While the film is mostly true to the novel, there are changes, mostly to make the characters fit the Muppet personalities, or to tighten up the plot. Amongst them are:

The movie debuted at No. 2. The film was a commercial success, grossing $34,327,391 during its theaterical run and surpassing the grosses of The Muppet Christmas Carol, The Muppets Take Manhattan, and The Great Muppet Caper.[2]

This is the second Muppet film co-produced and released by Walt Disney Pictures, following The Muppet Christmas Carol. The film has been made available on home video formats. It was released on VHS September 11, 1996, and twice on DVD in Region 1. The first DVD release in the U.S. on June 4, 2002 was in a fullscreen-only format. Other releases of these were in widescreen only format. The DVD release has 3 bonus features added like "Hidden Treasure Commentary", "The Tale of the Story Behind the Tail", and "Treasure Island Sing-Along" (but the menus were in widescreen format).[4] The film was re-released on DVD November 29, 2005 in conjunction with Kermit the Frog's 50th anniversary celebration; this time the DVD contained both fullscreen and widescreen presentations and the 3 extra features were replaced with "Pepe Profiles Present: Fozzie Bear - A Long Day's Journey Into Night Clubs".[5]

Hormel Foods Corporation, makers of Spam, sued the film production company for using the name "Spa'am" for one of the film's characters. Their suit was defeated on September 22, 1995. The judge dismissed it on the grounds that "The American public can tell the difference between a puppet and a lunchmeat." 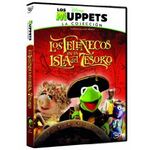 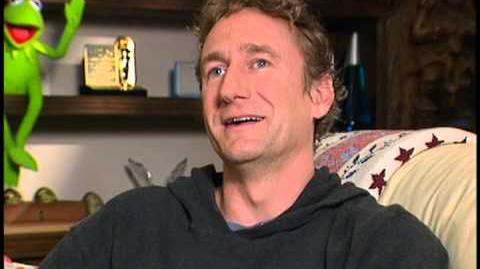 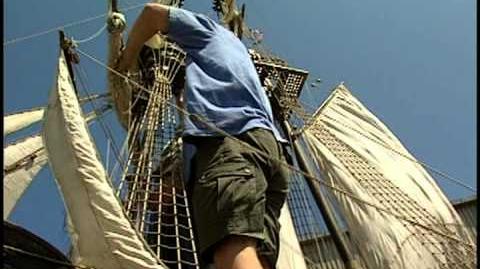 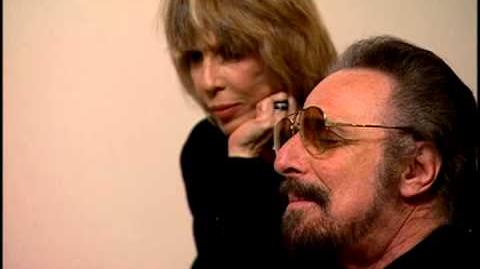 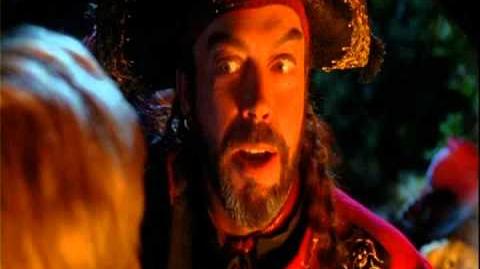 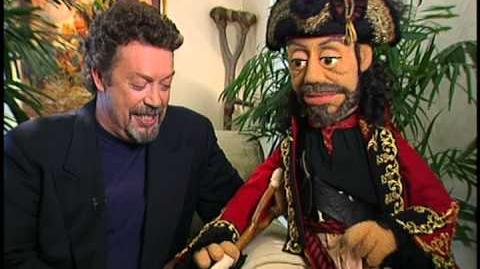 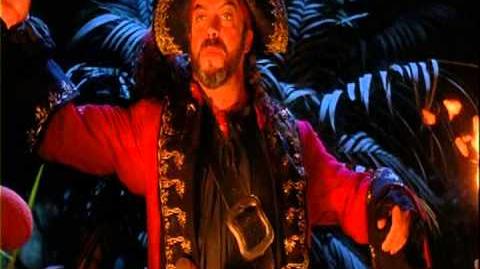 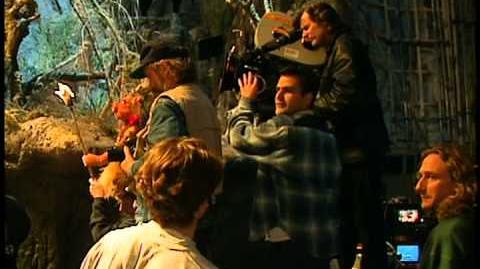 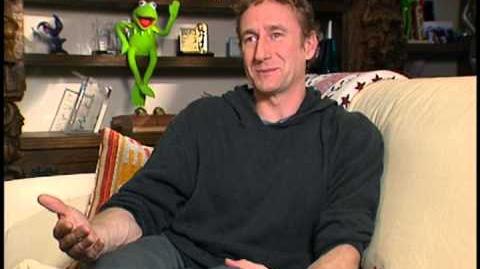 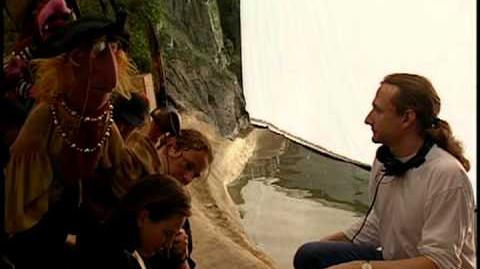 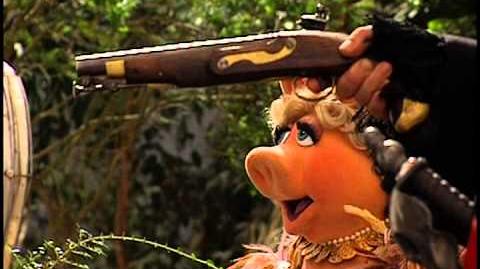