Disney Wiki
Register
Don't have an account?
Sign In
Advertisement
in: Countries, In Search of the Castaways, Islands,
and 6 more 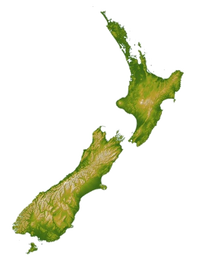 New Zealand is an archipelago in the southwestern Pacific Ocean. The country geographically comprises two main landmasses ‒ that of the North and South Islands - and numerous smaller islands. New Zealand is located some 1500 kilometers (900 miles) east of Australia across the Tasman Sea and roughly 1000 kilometers (600 miles) south of the Pacific island nations of New Caledonia, Fiji, and Tonga. Because of its isolation, it was one of the last lands to be settled by the English.

Disney Channel (Australia and New Zealand) was first broadcast on the June 8 1996. 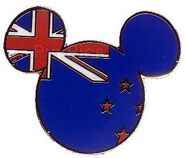 The flag of New Zealand